Mohammed Siraj was told to quit cricket; pacer reveals how he overcame negativity

Indian pacer Mohammed Siraj rose to prominence with his Indian Premier League(IPL) performance which earned him a spot in the National outfit. However, he did not have a smooth career and had to face heavy criticism which he overcame along the way. Siraj recently revealed that he thought his IPL career would come to an end after a lacklustre 2019 campaign with Royal Challengers Bangalore (RCB).

In the nine matches Siraj played in 2019 for RCB, he took seven wickets and conceded runs at an economy rate of 9.55. In the game against KKR, Siraj conceded 36 runs in 2.2 overs and he was forced out of the attack after bowling two beamers.

Mohammed Siraj had to deal with heavy criticism 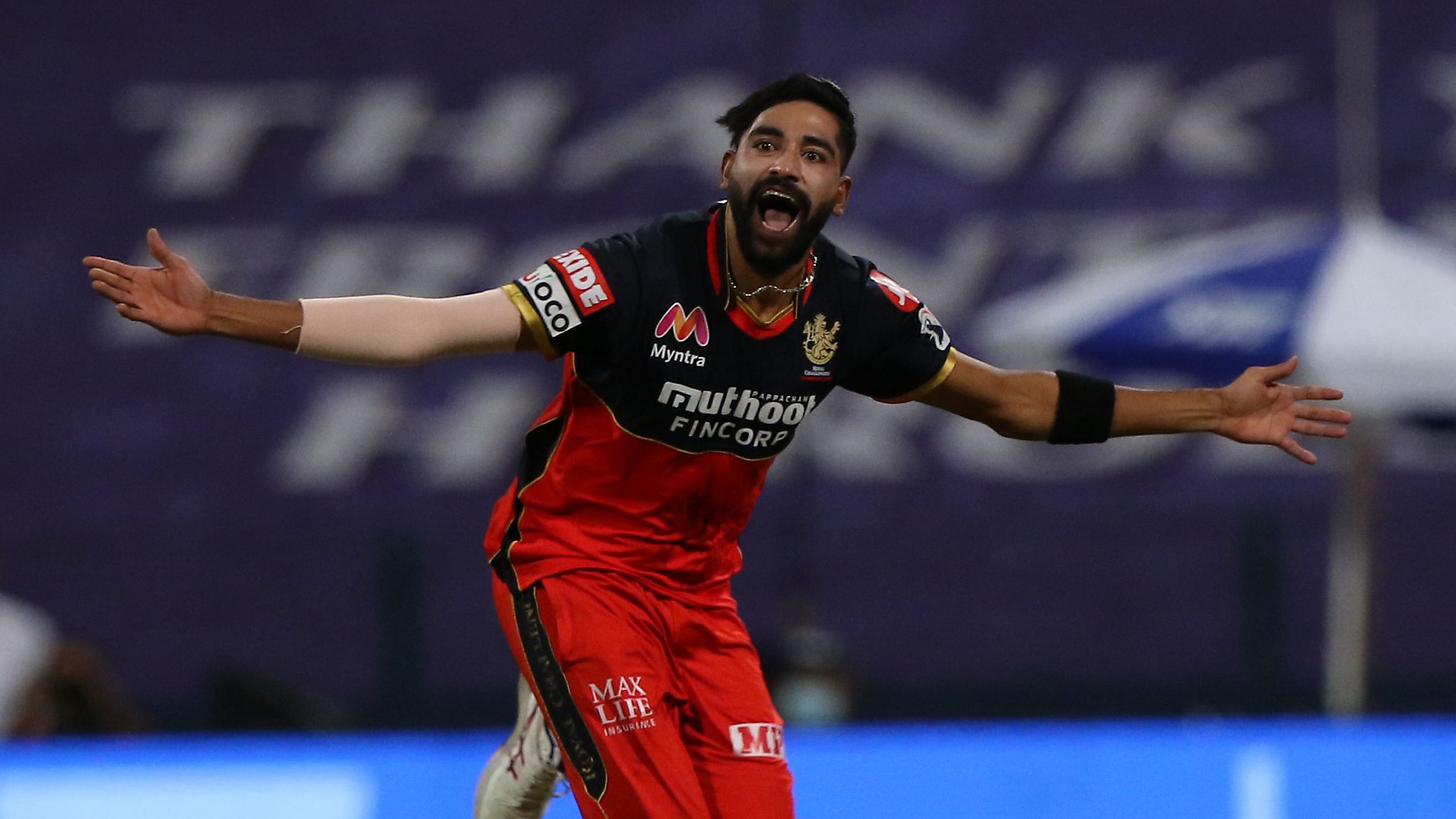 Mohammed Siraj recently joined the ‘RCB Podcast’ when he revealed that RCB management backed up him during his rough patch. He said that the game against KKR back in 2020 was ‘life-changing game’.

Here is what he said: “When I bowled those two beamers against KKR, people said ‘quit cricket and go back and drive autos with your father’. There were so many such comments. And people don’t see the struggle behind all this.”

“But I remember when I first got selected how MS Dhoni told me to not listen to everything the people have to say about me. ‘You do well today and they’ll praise you and when you don’t the same people will abuse you. So don’t ever take it seriously.’ And yes, the same people who trolled me incessantly back then say ‘you’re the best bowler bhai’. So, I know. I don’t want anybody’s opinion. I’m the same Siraj I was back then,” he further added.

Mohammed Siraj received a call-up into the Indian Test side for the Australia series in 2020-21 after great performances for RCB in the IPL 2020. In the season, Siraj also became the first bowler in the history of the tournament to bowl two maiden overs.

Siraj is one of the three players to be retained by RCB for IPL 2022. The other two players are Virat Kohli and Glenn Maxwell. The mega auction ahead of IPL 2022 will be held in Bengaluru on February 12 and 13.