The Indian skipper Virat Kohli has been a top batsman and up-and-coming cricketers have looked up to him, especially in India. Kerala’s Mohammad Azharuddeen got the opportunity to spend quality time with Virat Kohli at the Royal Challengers Bangalore in the 2021 edition of the Indian Premier League(IPL). The 27-year-old got the recognition in the 2021 Syed Mushtaq Ali Trophy back in January and now stated that sharing the RCB dressing room with Kohli is nothing less than a dream. 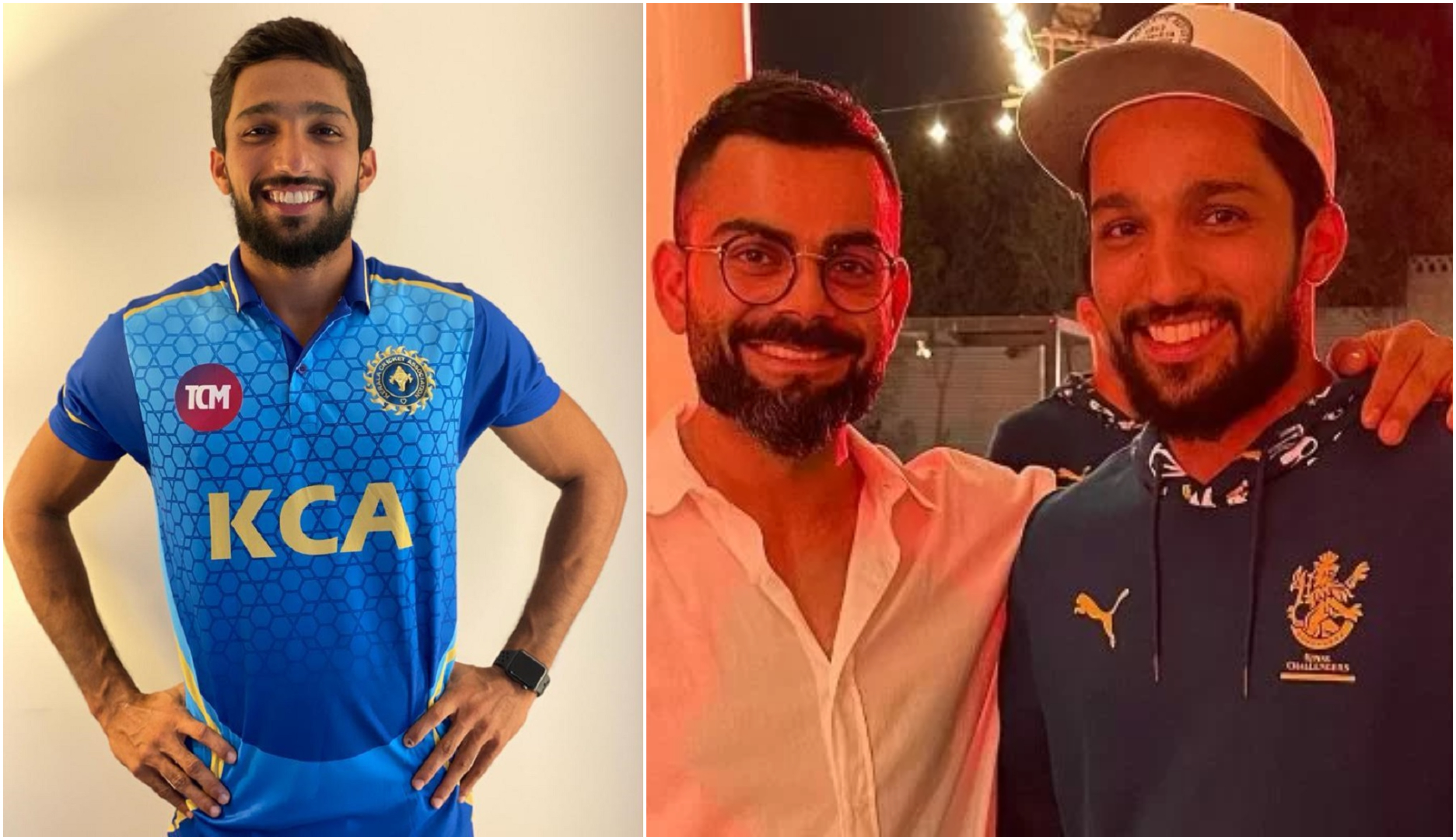 Mohammad Azharuddeen showcased great performance in the domestic T20 tournament and scored a couple of half-centuries. He also smashed an unbeaten 137 against Mumbai. He then got into the IPL auction in February and RCB bought him at his base price of INR 20 lakhs. However, he didn’t get to play in a single game in the tournament but he is glad to be with the 32-year-old Challengers’ captain.

Azharuddeen took to social media and uploaded a few pictures with Kohli to show how grateful he was. He said that sharing a dressing room with Virat was like to a dream come true for him. He also lauded the captain for leading the side.

Azharuddeen captioned the pictures and wrote, “Man!!What an incredible few months it has been. Being actually able to share a dressing room with you was like something straight out of a dream! Words are not enough to describe how I felt during my time with this team of warriors with you leading from the front.

“I can proudly say that just being in same room as you and watching you on and off the pitch has urged me to become a better cricketer and a human being. I’m quite sure that whatever criticism that’s thrown at you will be temporary and it will be your legacy that stays in the end. Thank you, Captain.”

RCB ended their campaign as third in the points table with nine wins from 14 games. They had disappointing defeat in the Eliminator as they lost to the Kolkata Knight Riders by four wickets in Sharjah. The match also marked Kohli’s last match as the RCB skipper.