Mithali Raj is not only a legend of Indian cricket but World cricket at large. The Indian stalwart has encouraged many girls to take up the great game of cricket and has been idolised by cricket lovers around the globe. Mithali recently bid adieu to international cricket, ending a 24-year-long storied career. 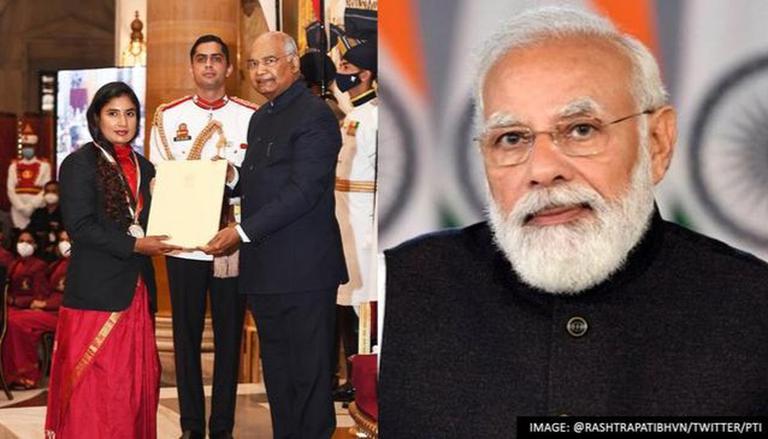 As expected, cricket lovers, current and former cricketers, and all of Raj’s fans thanked her for her service to Indian cricket. Now, Indian Prime Minister Narendra Modi also joined the fray and sent the Indian legend a letter of encouragement, thanking her for the efforts she put in for promoting cricket and other social causes such as helping people during the tough COVID-19 pandemic.

Mithali Raj took to Twitter to share the letter and was overwhelmed by such a “thoughtfully worded letter” from the PM. “It’s a matter of singular honour & pride when one receives such warm encouragement from our Hon’ble PM Shri @narendramodi Ji, who is a role model & inspiration for millions including me. I am overwhelmed by this thoughtfully worded acknowledgement of my contribution to cricket,” Raj tweeted.

It’s a matter of singular honour & pride when one receives such warm encouragement from our Hon’ble PM Shri @narendramodi ji, who is a role model & inspiration for millions including me. I am overwhelmed by this thoughtfully worded acknowledgment of my contribution to cricket. pic.twitter.com/cTmqB6ZdNT

The biopic of the former Indian captain Mithali Raj will hit the theatres on 15th July where talented actress Taapsee Pannu will be portraying the legendary cricketer. From the trailer, it is evident that Taapsee has essayed her role of the icon with conviction.

The biopic has been produced by Viacom18 Studios. The film is directed by noted Bengali filmmaker Srijit Mukherji and written by Priya Aven. Alongside Pannu, actor Vijay Raaz will also be seen playing a key role in the film.

Prateek Kumar
Previous article
On-air right place right time for 35 and 36: Ravi Shastri shares his thoughts after Bumrah’s barrage on Broad
Next article
WATCH: Rohit Sharma faces off against R Ashwin in nets ahead of the T20I series against England