I got overconfident: Misbah-ul-Haq opens up on his scoop shot in the 2007 T20 World Cup

Former Pakistan skipper, Misbah-ul-Haq, has made vital contributions in Pakistan cricket. He took the Pakistan team to no.1 ranking in Tests in 2016 and has also finished games for them in many instances. However, the right-hander batsman is famously known for his scoop shot that cost him not only his wicket but also the inaugural T20 World Cup in 2007. 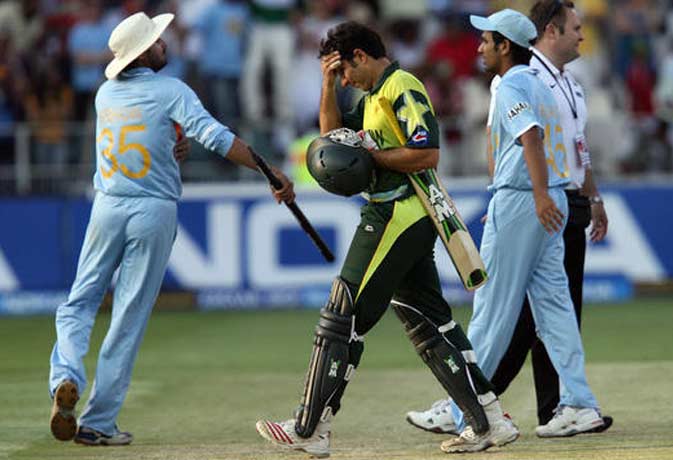 The famous rivalry of India and Pakistan reached the pinnacle of the tournament as the sides collided in the Finals of the 1st ever T20 World Cup which was played at Johannesburg’s Wanderers Stadium.

Chasing 153, Pakistan was reduced to 77/6 in the 12th over. However, Misbah-ul-Haq kept them in the hunt with his power hitting. He targeted the spin attack especially Harbhajan Singh as the team’s scoring rate went up in the middle and death overs. Misbah also got some much-needed support from tail-ender Sohail Tanvir as the duo took the Men In Green closer to the target.

The target came down drastically and just 13 runs were needed off the final over. In a rather surprising move, skipper MS Dhoni gave the ball to medium-pacer Joginder Sharma who bowled a wide delivery under pressure and while he did manage to get away with a dot ball on the next one, Misbah clobbered him for a huge six on the second ball as Pakistan were just one hit away from glory.

I mistimed the shot on which I had the most confidence: Misbah-ul-Haq 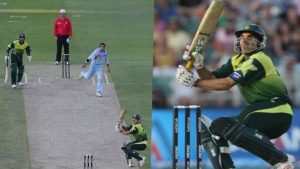 In the following delivery, Sharma bowled a slower one outside off-stump as Misbah-ul-Haq walked across the line and attempted a scoop shot only to find Sreesanth at fine leg as India were crowned world champions by five runs.

At one point it seemed as if Misbah would help Pakistan lift the title single-handedly before that infamous scoop shot led to his as well as the Men In Green’s downfall. Now, the former skipper has explained why he played that shot in the first place.

• Misbah-ul-Haq opens up on his infamous scoop shot that cost Pakistan the inaugural T20 World Cup.

• India was crowned the winners of the 2007 T20 World Cup as they defeated Pakistan by 5 runs.

Prateek Kumar
Previous articleMS Dhoni-led CSK becomes the 1st UNICORN Sports Enterprise in India
Next articleNo charter flight to be arranged for Indian players; all players to assemble on their own in Ahmedabad