India’s new vice-captain Jasprit Bumrah addressed the media on the eve of the second test in Bangalore against Sri Lanka which will be a pink-ball affair. Ahead of the encounter, Bumrah mentioned that the Indian team is making “mental adjustments” before heading into the pink-ball Test.

This is set to be India’s third pink ball test in India and fourth overall. Incidentally, all the encounters finished within three days. Jasprit Bumrah admitted that not playing with the pink ball and Test cricket under lights regularly means the players had to put in place special preparations and they focused on exploring and gauging the behavior of the pink ball in the build-up to the historic fixture, which will now be played with no restriction on the crowd.

“We have to make mental adjustments while preparing for the Pink Ball Test. Playing under light, fielding, and bowling with Pink Ball are things we need to get used to and we keep all of these things in mind while in the training session,” Bumrah said during a virtual media conference in Bengaluru. “We are not used to catching or bowling with the Pink Ball. It is still a fairly new concept for all of us and we are trying to learn with every Test.”

Have played on different surfaces so no set parameters for pink-ball tests: Jasprit Bumrah 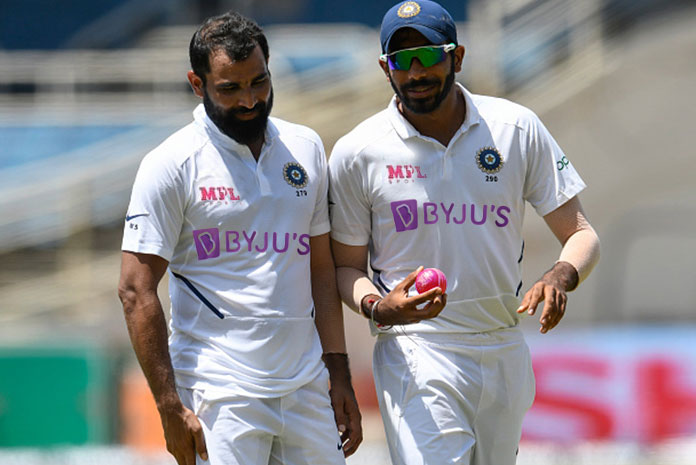 When asked to elaborate how the players have prepared for the coming game, Bumrah said: “It all depends on the individual. Pink Ball looks different, the speed at which it comes to you on the field and the amount it moves or spins is also different. Timings for the D/N Test are also different, so the ball might not do so much in the first session but might start to do more under the light. We have played the Pink Ball Tests on all different surfaces, so there are no set parameters for it.”

The workload on the Indian pacers was not much in the first test as spinners did most of the damage. So Bumrah admitted that there is no conscious effort to manage workload. He also said that the star of the previous test Ravindra Jadeja will be playing the second test as he is high on confidence.

“There was no conscious effort to manage workload once you are playing in a Test match. I was planning to bowl with (Mohammed) Shami on the second day but the light wasn’t quite right. Then with the spinners doing a good job on the third day, I wasn’t quite required to bowl.”

“I don’t think he would want to rest after such a good performance. He is on a high and would want to replicate it,” Bumrah said of Ravindra Jadeja, the Player of the Match in the first Test for his impeccable all-around show that included an unbeaten 175 and a match haul of nine.

• Jasprit Bumrah reveals the Indian team working on the mental side while preparing for the second test.

• India is set to play its third pink ball test in India against Sri Lanka in Bangalore.