New Zealand pacer Kyle Jamieson has decided to opt out of the T20I series against India.  Recently, the Kiwis skipper Kane Williamson announced his withdrawal from the same series. What seems common in both cases is the fact that they are willing to concentrate on the upcoming Test series against the Men in Blue. Both the players have decided to skip the three T20 internationals against India. India and New Zealand will be squaring off in a three-match T20I series, beginning Wednesday in Jaipur. Kane Williamson and Kyle Jamieson are focusing on the following Test series that starts on November 25 in Kanpur.

Kyle Jamieson decides to opt-out of the T20I series 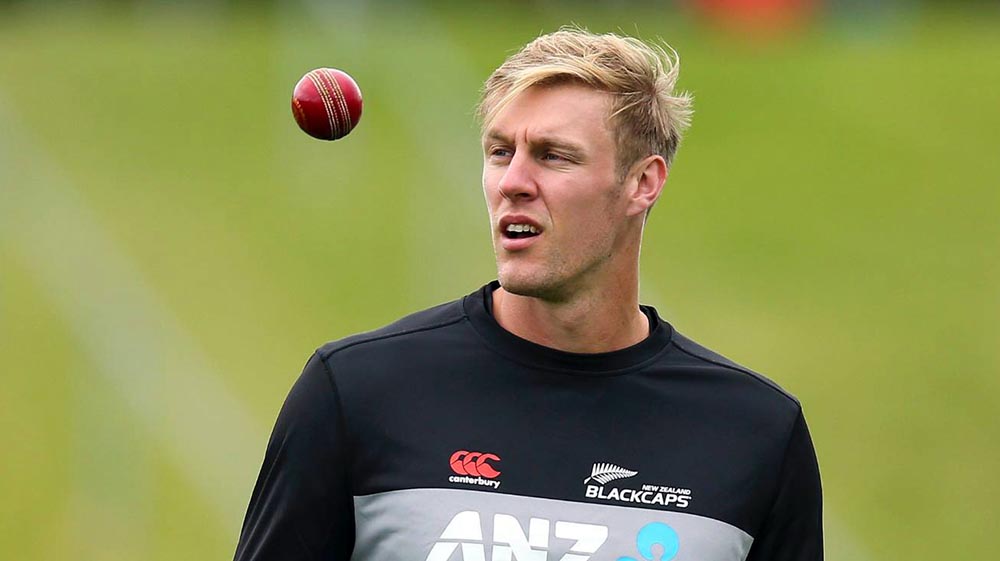 In the absence of Williamson, Tim Southee will be leading the Kiwis as a stand-in skipper for the T20I series against India. Kyle Jamieson’s absence in the squad is a huge decision by the Blackcaps. Coach Gary Stead during a virtual press conference announced the absence of Kyle Jamieson. Here is what he said:

“We decided through talking with Kane and Kyle that they won’t play in this T20 series. They’re both going to get ready for the Test matches and I think you’ll find there will be other guys involved in the Test matches that won’t play the entire series either.”

“It’s a bit of a balancing act at the moment and with three T20 games in five days plus travel to three different cities it’s a very, very busy time,” he added.

Stead further stated that former cricketer James Pamment has been appointed as the fourth coach for the upcoming series.

Daryl Mitchell, Glenn Phillips, and Mitchell Santner will be at the service for both series. Lockie Ferguson, who is recovering well from a right calf strain, is expected to be available for the T20 series.

New Zealand will play a three-match T20I series, starting on November 17, Wednesday at the Sawai Mansingh Stadium in Jaipur. The second T20I will be played on Friday at the JSCA International Stadium Complex in Ranchi while Eden Gardens in Kolkata will host the third and final T20I on Sunday. The T20I series will be followed by a two-match Test series with the second match scheduled at the Wankhede Stadium, Mumbai, starting on December 3.