Watch: Kohli answers to the journalist who wants India to drop Rohit Sharma

Virat Kohli led team India became the first Indian team that lost to Pakistan in a World Cup encounter on Sunday in a heavyweight battle between the two sides. In their 13th attempt, Pakistan was finally able to conquer the undefeated streak of India in what can be called a one-sided affair. 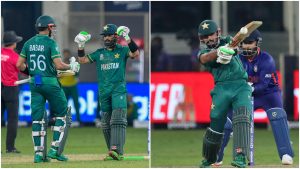 If you want controversy, tell me before so that I can answer accordingly: Virat Kohli 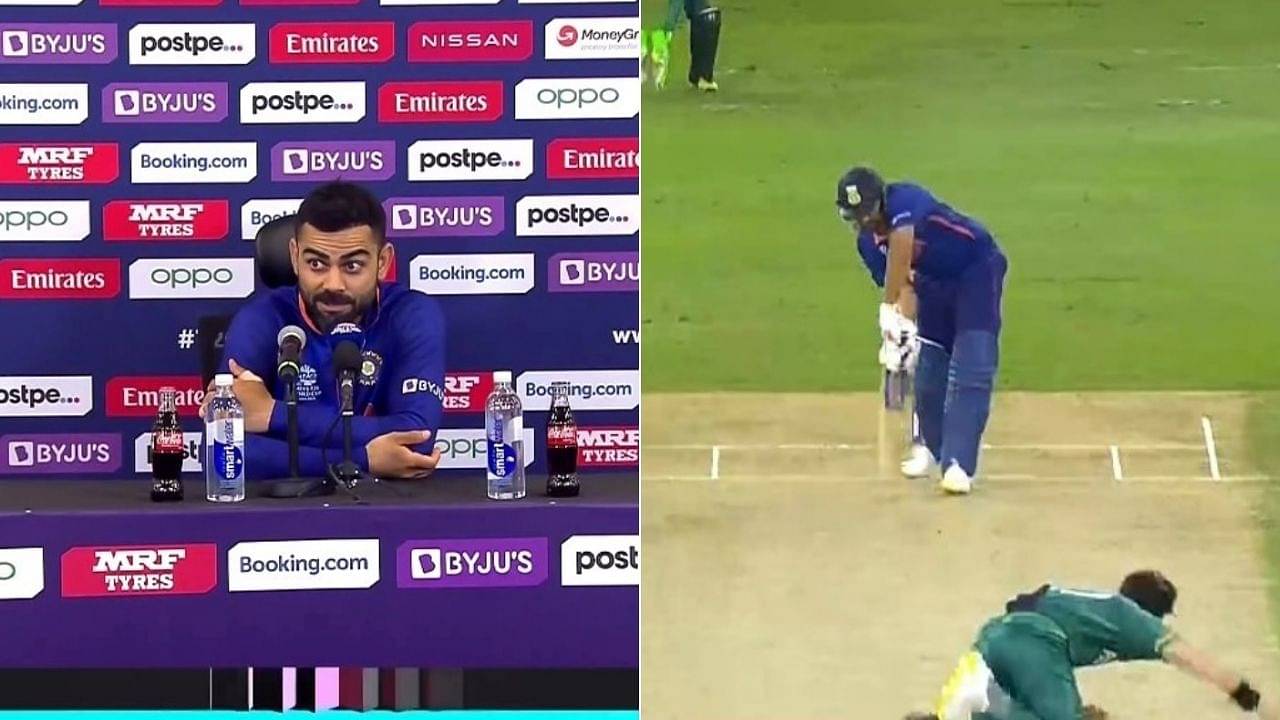 India was completely put on the backfoot by Shaheen Afridi who delivered an unplayable ball to Rohit Sharma on his very first ball. Sharma grabbed a golden duck and India’s match went downhill from thereon.

After the match, Indian skipper Virat Kohli was asked by a journalist if there was a need to back Ishan Kishan at the top of the order given his form. In a great moment of bravery, he went ahead and talked about dropping or leaving Rohit out of the XI ahead of this game. However, Kohli sensed the moment and gave a perfect reply, but mostly his face was filled with surprise and disbelief at what the journalist had said.

“It is a very brave question, what do you think sir? Because I played the XI I thought was the best. What do you think? What is your opinion? You will drop Rohit Sharma from T20 internationals? Do you know what he did in the last game?” Kohli said before taking a pause.

After a brief sigh, Kohli just started laughing and said, “Unbelievable. Sir, if you want controversy, tell me before so that I can answer accordingly.” Kohli had a smile through and through on his face but surely, the question of the journalist had given him a bit of shock.

Pakistan make it 12:1 in World Cups

In their 13th attempt, Pakistan was finally able to conquer the undefeated streak of India in what can be called a one-sided affair. India was restricted to 151 in their 20 overs and Pakistan chased it down without breaking a sweat and losing any wicket.

Shaheen Afridi showed shades of Mohammed Amir as he dismantled India’s top three batters in Rohit, Rahul, and Kohli. Though, Kohli scored an outstanding fifty at a time when India was in trouble.

After a spirited bowling performance, Pakistan openers, Babar Azam and Mohammad Rizwan did not let the opposition bowlers settle to any kind of lines and lengths as they chased down the target in 17.5 overs without losing a wicket.

• Pakistan defeat India in World Cup for the first time

Prateek Kumar
Previous articleReports: BCCI to announce two IPL new teams on Monday
Next articlePlaying XI involving one player from each country who are a part of Super 12 in T20 World Cup