Former England cricketer Kevin Pietersen recently became one of the admirers of Pradeep Mehra, a young kid from Noida who went viral after a 10-km midnight run in Noida.

The video of the 19-year-old running on a Noida road at midnight has taken social media by storm. Filmmaker Vinod Kapri offered to give him a ride home but despite being soaked in sweat, the young man turned down the offer. Kapri shared the video of Pradeep Mehra’s epic run as well as his interaction with him on social media and it took little time for it to go viral.

In the video, Kapri, after noticing the young man running at midnight, offers to drop him home. However, Pradeep Mehra declines the offer by saying “I will go home like this only”.

On further questioning, the young man tells Kapri that he works at McDonald’s and always runs on his way back home.

The 19-year-old, who hails from Almora, Uttarakhand, goes on to reveal his plan of joining the Indian Army. He also reveals that he will have to go back home and cook dinner for him and his elder brother, who is on a night shift.

Former English skipper Kevin Pietersen quote tweeted Kapri’s video with a caption that read: “This will make your Monday morning! What A Guy!”

This will make your Monday morning! What A Guy! 🤍🙏🏽 https://t.co/RLknfAsCKE

Kevin Pietersen shares an update about his “immediate family”, who escaped from Ukraine 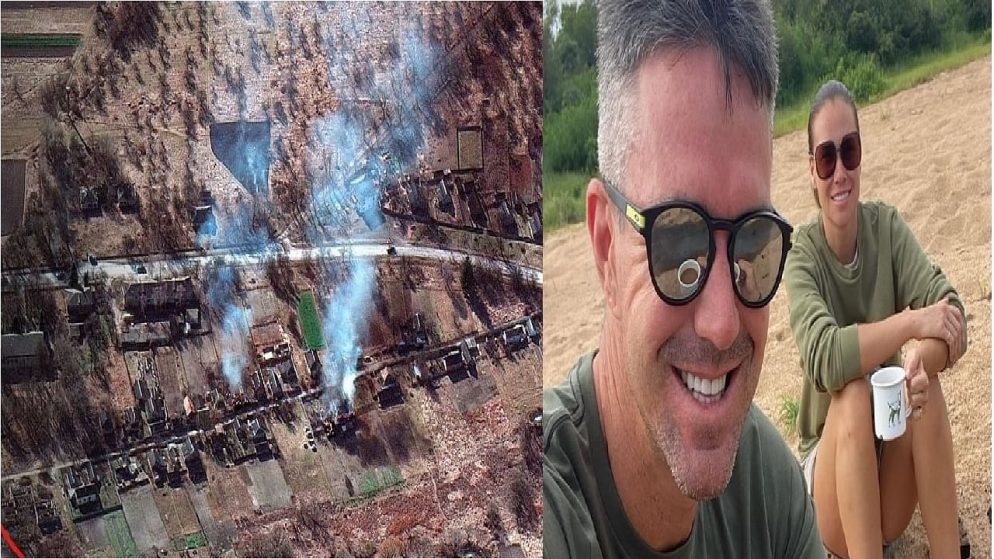 The modern-day great has been quite vocal on social media, especially during the tough times in Ukraine are in a war with Russia for over 20 days now.

Recently, he shared an update about his “immediate family”, who escaped from Ukraine due to the ongoing Russian invasion.

Pietersen in his post spoke about the “love” that fleeing Ukrainians are getting from neighboring Poland, where a lot of Ukrainians have been moving to, including his immediate family.

“I can just tell you that Poland has been incredible to fleeing Ukrainians. From the border to the city of Warsaw. I’ve had immediate family that has just escaped & they say that the love they’ve received in Poland is beyond anything they’ve ever experienced. #ThankYouPoland,” the cricketer wrote on Twitter.

• Kevin Pietersen reacts to a viral video of an Indian kid on Twitter.