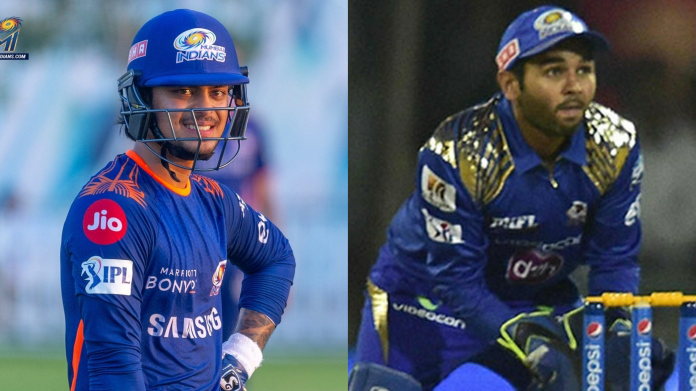 The second leg of IPL 2021 will kick off with the blockbuster clash between Mumbai Indians and Chennai Super Kings on September 19. Both teams arrived early in UAE and have been practicing for their encounter post quarantine. Recently, Mumbai Indians’ wicketkeeper Ishan Kishan was seen in a unique wicket keeping drill with former Indian keeper Parthiv Patel. 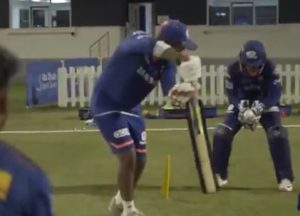 In a video posted by Mumbai Indians on September 15, Ishan can be seen in an intense practice session with veteran Parthiv Patel. Parthiv is batting with a special bat which is made for catching the edges. Kishan could be seen trying his best to grab balls going outside the off-stump against a spinner. As Patel switched his batting instances, it tested Ishan Kishan’s footwork outside the leg stump too.

This felt as strenuous as a gym session: Ishan Kishan after the intense drills

The drills were conducted with high intensity. Hence, even though Kishan appeared quite swift in his movements, he was quite exhausted towards the end. At the end of the session, Kishan took some straight catches with a single hand.

“This felt as strenuous as a gym session. In these keeping drills, you don’t have to take too many catches, but for a short burst of time, you have to be very intense,” said Ishan Kishan.

Ishan may not keep in the upcoming IPL as Quinton de Kock will likely remain the first choice keeper. However, Ishan Kishan has been selected as the back up wicket keeper in the Indian squad for the upcoming T20 World Cup. Hence, it is good to see him practice his second discipline as he may come in handy if there is an injury concern with Rishabh Pant.

Ishan had a stellar IPL 2020. He did not play the initial matches. However, he ended up as the leading six hitter in the tournament. Also, he scored 516 runs at an average of 57.3 in the UAE. However, he suffered in the slow and turning wickets in India in the first leg of IPL. He was then dropped from the team. Hence, it will be interesting to see how the youngster makes a comeback.