Ish Sodhi is one of the many Indian-origin cricketers who have played for other nations. Ish was born in Ludhiana, Punjab but his family moved to New Zealand when he was four years old. Hence, after the encounter between India and New Zealand, he was asked to answer a question in Hindi to which the New Zealand spinner replied in a witty manner. 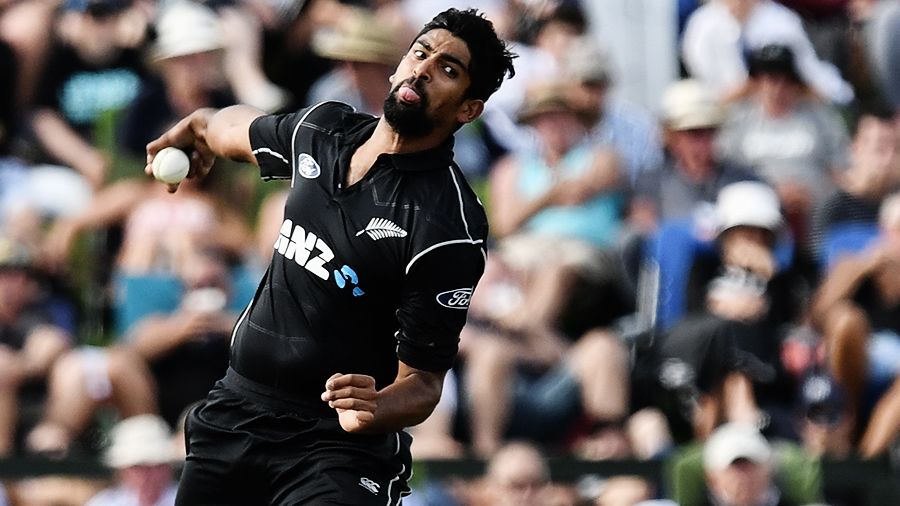 In the post-match press conference, a journalist asked Sodhi how a cricketer should adapt to the conditions while bowling first versus bowling second. The journalist also requested him to answer the question in Hindi.

Responding to the request, Ish Sodhi stated that if his mother was watching him answering in Hindi and if he gets anything wrong, he will face a hard time. Hence, Sodhi added that he will answer the question posed by the journalist in English.

“My Hindi is gonna be tested here, sir. I think if my mum is watching this and if I say something slightly wrong, she would give me a hard time about it. So, I will answer in English this time around but hopefully, I can develop my Hindi better,” said Ish Sodhi after the match between India and New Zealand.

A lot of our understanding has been from watching other games: Ish Sodhi 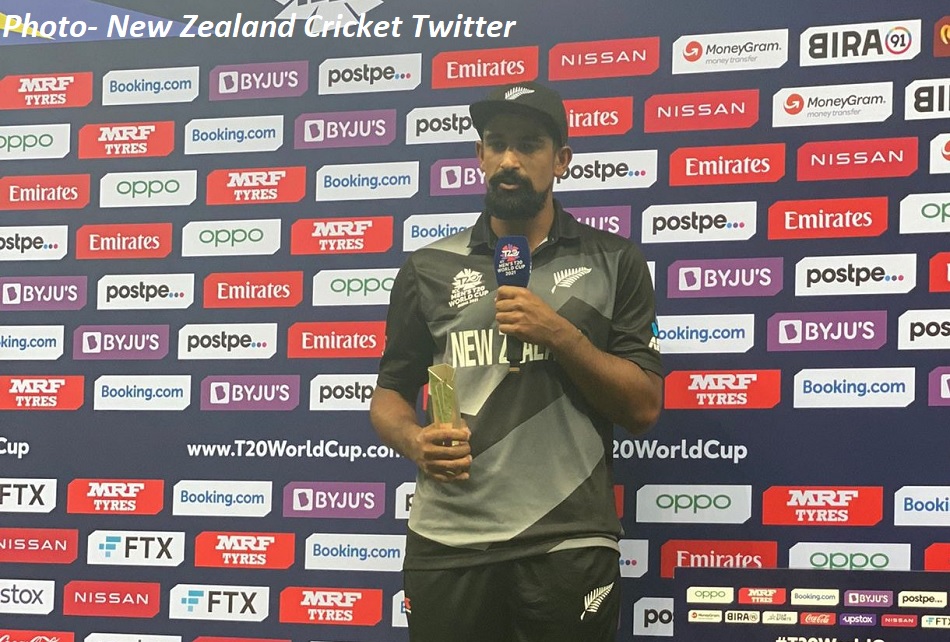 Sodhi went on to answer the journalist’s question in England. He said that adapting to the conditions is something that people speak a lot about. Adding that the Kiwis ventured into the ground in Dubai for the first time only on Sunday. Sodhi concluded by stating that the New Zealand players understood the conditions on offer by watching the other games that were played on this surface. However, Kiwi bowlers including Trent Boult, Southee, and Milne have previously played in Dubai in the recent IPL.

“I think adapting to conditions is a big thing we speak about a lot. We had to judge by the last couple of games played at Dubai stadium and with the bubble life, you have a chance to look at the conditions, come and see the ground before you actually get a chance to play. Today was the first time we ventured into this ground. So a lot of our understanding has been from watching other games,” concluded Ish Sodhi.

Ish Sodhi bowled a match-winning spell as he picked two wickets and gave away only 17 runs. His two wickets were off India’s big guns, Virat Kohli and Rohit Sharma. He won the Player of the Match award for his superb effort with the ball and played a key role in helping New Zealand beat India by 8 wickets.

ALSO READ: SHANE WARNE FEELS SMITH SHOULDN’T BE IN THE AUSTRALIAN T20I SIDE