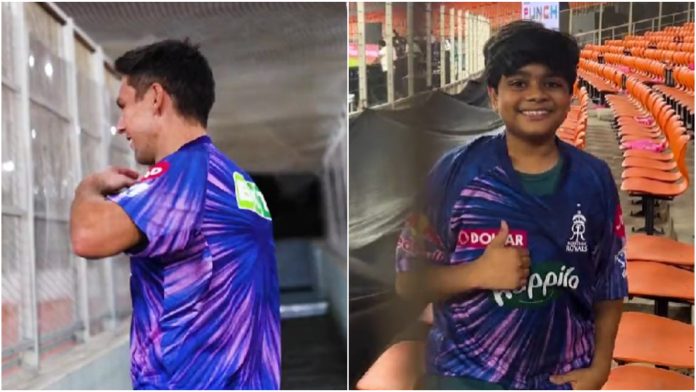 Rajasthan Royals(RR) bowler Trent Boult recently came up with a heartwarming gesture towards a young Royal Challengers Bangalore(RCB) fan. Trent Boult was spotted gifting his jersey to a young fan, who had donned the RCB jersey. However, he quickly removed the shirt and wore the Boult-gifted RR shirt. It comes after Royals made an epic comeback in the league to book their spot in the final. After finishing second in the league stage, the Sanju Samson-led side lost to Gujarat Titans in Kolkata earlier this week before making a comeback in the second Qualifier to make the final by beating Royal Challengers Bangalore on Friday in Ahmedabad.

Trent Boult was seen interacting with the fan 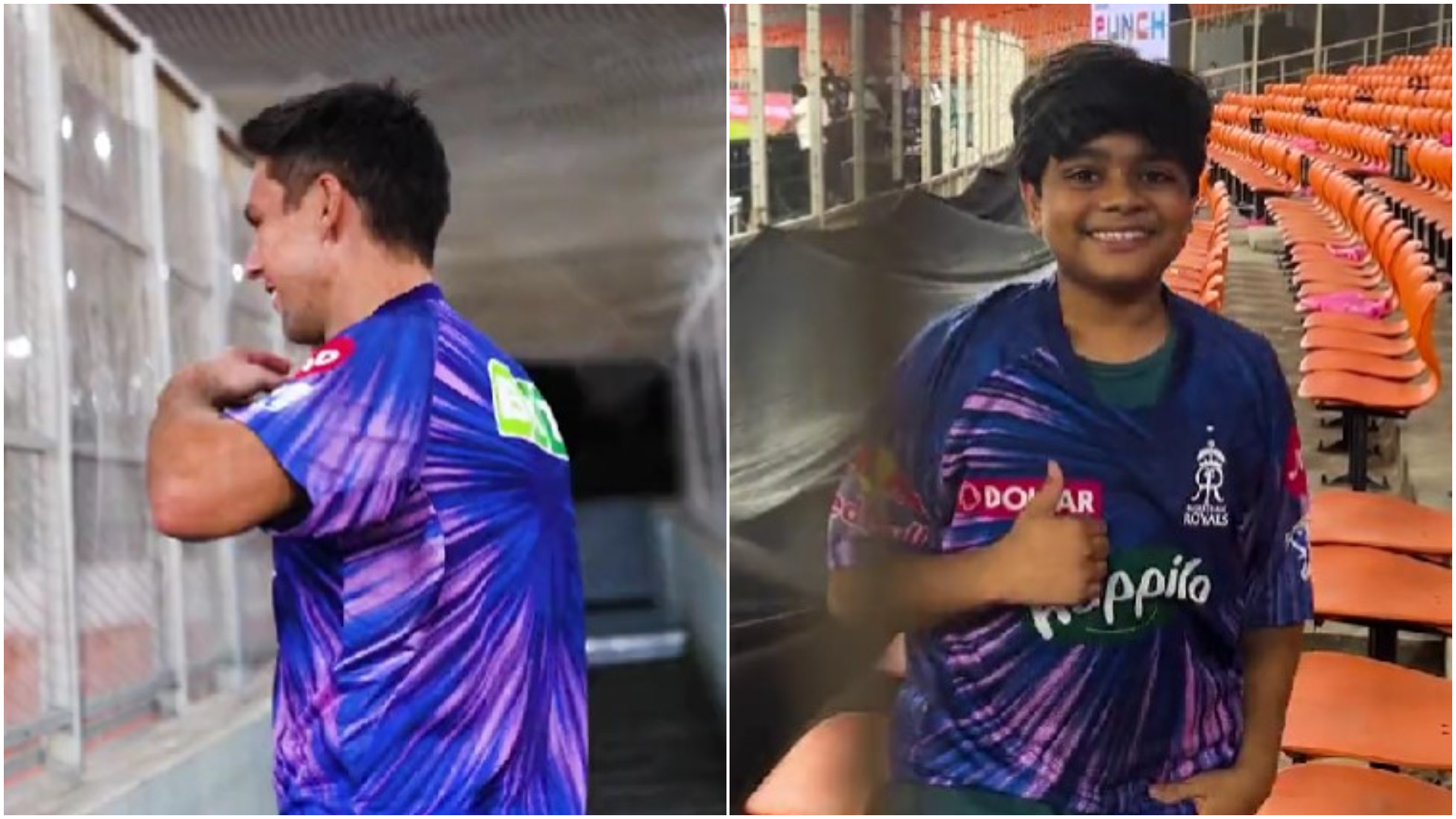 The official Twitter account of Rajasthan Royals shared a video of the same. The video clip saw the young fan trying to give his shirt to Boutl but the Kiwi pacer told him to keep it with him. The Tweet read the caption: “How can you not love Trent Boult? Watch him make a young fan’s day after #RRvRCB.”

Boult has played a major for the Royals in their march to the final. The New Zealand international picked 15 wickets in as many games at an economy rate of 8.24. This marks the second time that Rajasthan have reached the final in an IPL season after the inaugural edition in 2008 when Shane Warne had led the franchise to their only title win.

Rajasthan will face Gujarat Titans in the season finale on Sunday at the Narendra Modi Stadium in Ahmedabad. Gujarat won both their previous ties this season beating Rajasthan by 37 runs in April and then by 7 wickets in Qualifier 1 in Kolkata.

Following the victory on Friday, Samson admitted that it has been a tough journey for his team in the 2022 edition. But he also lauded RR for stepping up and bouncing back stronger.

“It was really tough. But we are used to bouncing back in the IPL. It is a long tournament where you go up and down. The wicket, bowling first, was a bit sticky and helping the fast bowlers. The bounce was good, which made it easier to hit the spinners. But our fast bowlers bowled really well,” Samson was quoted as saying.