Rahul Tewatia scored the winning runs for Gujarat Titans(GT) as they emerged victorious in a thriller that went on till the last ball. His heroics guided his side to pick up a 6-wicket triumph against Punjab Kings(PBKS) in the Indian Premier League(IPL) at Brabourne Stadium in Mumbai on Friday, April 8.

Jonny Bairstow made his debut for PBKS, and replaced Bhanuka Rajapaksa in the playing XI. For GT, Sai Sudarshan and Darshan Nalkande also received their debut caps, replacing the injured Vijay Shankar and Varun Aaron. 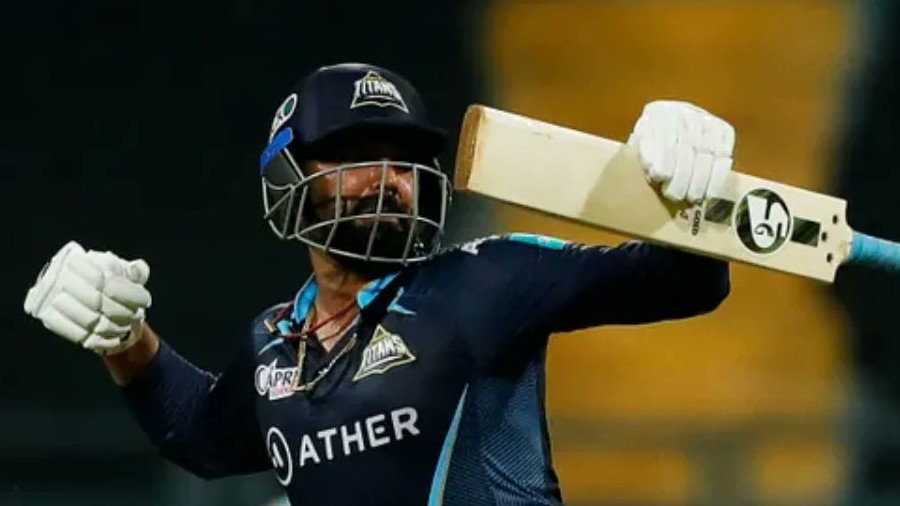 Gujarat Titans had won the toss and invited Punjab Kings to bat first. Liam Livingstone was the stand out batter for Punjab Kings again who slammed a quickfire 64 off just 27 deliveries. Gujarat had made a good start to the game, dismissing Mayank Agarwal and Jonny Bairstow early in the Powerplay. Hardik Pandya had removed the PBKS captain on 5 while Bairstow fell against Lockie Ferguson on 8.

It was the late surge and handy cameos from Rahul Chahar (22*), Jitesh Sharma (23) and Arshdeep Singh (10*) that proved essential as Punjab Kings reached 189/9 in the stipulated 20 overs against the Gujarat Titans at the Brabourne Stadium. Speaking about GT with the ball, Rashid Khan took three wickets while debutant Darshan Nalkande also bagged a couple of wickets.

After Livingstone and Shahrukh (15) were dismissed in a single over by Rashid Khan (3/22), Chahar and Arshdeep forged an unbeaten 27-run stand to take the PBKS to a strong score.

Chasing the target, Gujarat Titans’ Shubman Gill missed out on his century by a mere four runs as he was dismissed on 96. Kagiso Rabada had removed Matthew Wade earlier in the innings that piled up pressure for the newly joined IPL franchise.

The consecutive fall of wickets was apparently taking the game away from the hands of GT but they fought until the end as Rahul Tewatia smashed a maximum in the last ball seal the victory for his side. It was fuller from Odean Smith and Rahul Tewatia smashed it away wide of long-on to reach the target score.