Rajasthan Royals(RR) tallied a 24-run win against Lucknow Super Giants(LSG) are set to face in the 63rd match of the Indian Premier League(IPL) in the second clash of the doubleheader on Sunday, May 15 at the Brabourne Stadium in Mumbai. 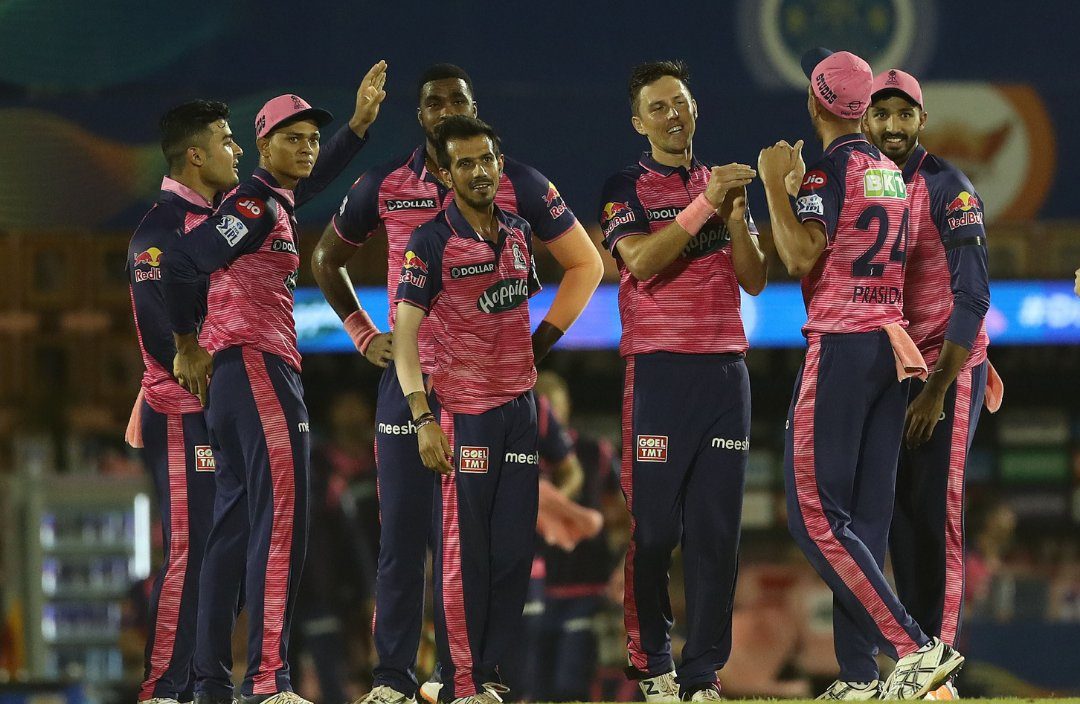 Batting first after winning the toss, Rajasthan posted a competitive score of 178 for 6 on the board. Contributions came from multiple batters.

There was no big score in RR’s innings but Yashasvi Jaiswal (41 off 29), Sanju Samson (32 off 24) and Devdutt Padikkal (39 off 18) all chipped in to ensure the bowlers had a decent total to defend.

For LSG, leggie Ravi Bishnoi impressed with 2 for 31 on his return to the playing XI. Avesh Khan got Lucknow off to a perfect start with the ball, sending back Jos Buttler for 2.

Trent Boult, Obed McCoy and Prasidh Krishna then claimed two scalps each as RR held LSG to 154 for 8. Deepak Hooda (59 off 39) fought a lone battle for Lucknow as the franchise succumbed to their second loss in a row in IPL 2022.

Boult got Rajasthan off to a brilliant start in their defense of 178. The left-arm seamer dismissed Quinton de Kock (7) and Ayush Badoni (0) off consecutive deliveries in the third over. De Kock had smacked a short ball to point, where James Neesham took a good low catch. Badoni was then dismissed.

Lucknow struggled earlier as their skipper KL Rahul (10) fell just before the conclusion of the powerplay. After cover-driving Prasidh Krishna for six, he sliced a short ball from the RR pacer straight to point.

Hooda and Krunal Pandya then attempted to rebuild the innings. They took the team’s total to 66 for 3 at the halfway stage. Hooda kicked-off the 11th over by slamming Yuzvendra Chahal for a six and a four off consecutive deliveries. After skipping down the ground to launch a maximum over long-off, he swept the next one past deep square leg.

The partnership ended after impressive fielding display of Jos Buttler and Riyan Parag. Krunal (25) lofted Ravichandran Ashwin towards long-on. Buttler took the catch and lobbed the ball to Parag (who was at long-off) before his balance took him over the ropes.

Hooda completed another impressive half-century. With the run rate spiraling out of control, though, he was stumped off Chahal. Jason Holder came and went for 1, nicking fellow West Indian pacer McCoy to the keeper.

Indian captain Rohit Sharma finally tested negative and is out of quarantine almost a week after catching the virus on 25th June during the...
News

Mithali Raj is not only a legend of Indian cricket but World cricket at large. The Indian stalwart has encouraged many girls to take...