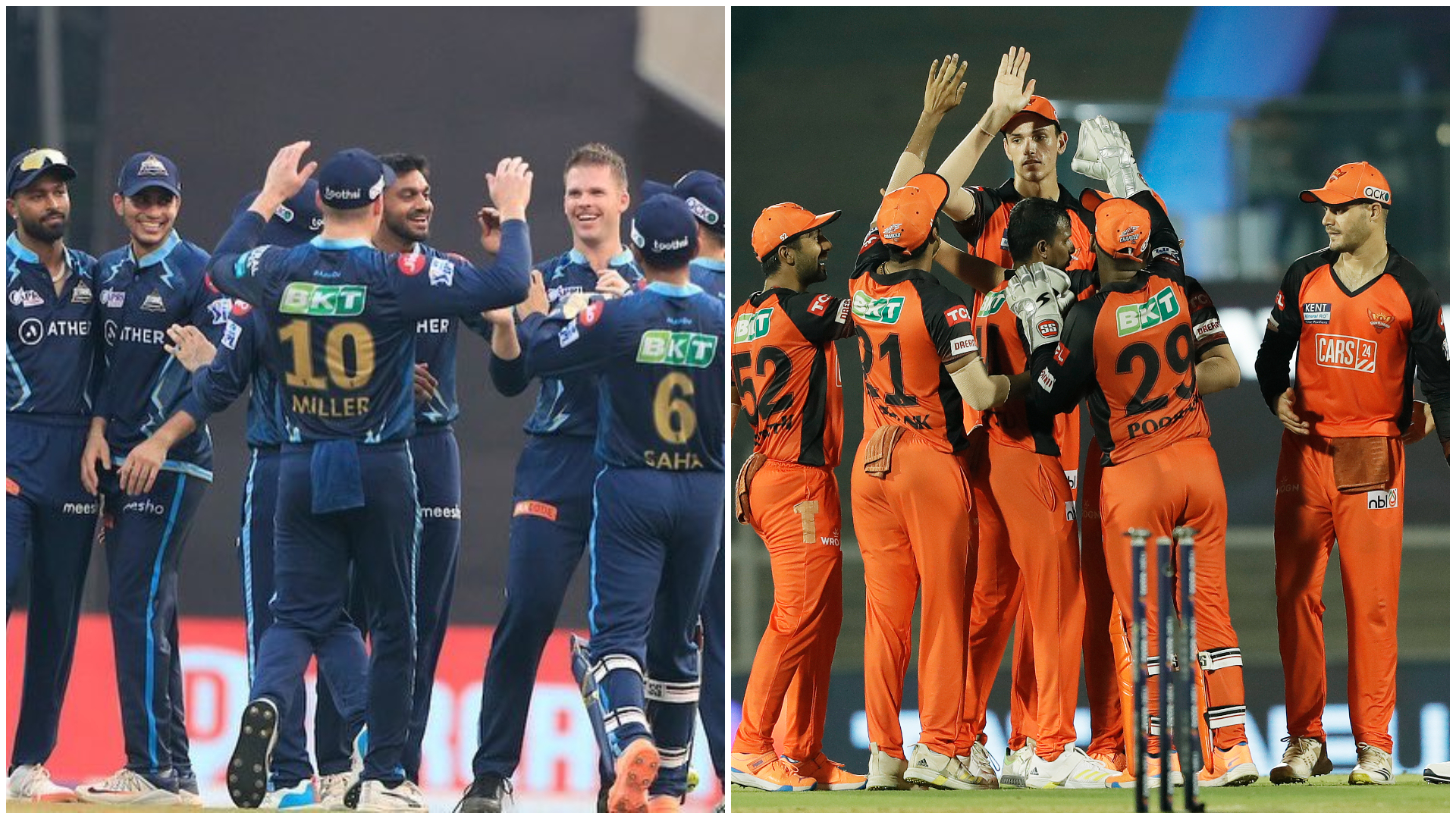 GT secures the top spot on the table

It was the GT skipper Hardik Pandya, who missed the last match won the toss and decided to bat first. He had notched up a half-century and tt marked his third consecutive one. However, Tim Southee and Andre Russell restricted Gujarat to 156/9 in 20 overs. Shubman Gill (7) and Wriddhiman Saha (25) failed to get going against the Kolkata bowling unit. But the momentum shifted in Kolkata’s favor after Hardik fell for 67. Tim Southee picked up three wickets while Andre Russell scalped four in the 20th over.

In response, Kolkata Knight Riders fell short of 8 runs after the end of 20 overs. Hard-hitter Andre Russell scored a swift 48. In the end, the Titans made up for a poor batting show with a brilliant bowling effort to clinch the top spot in the points table. For GT, Mohammed Shami, Rashid Khan, and Yash Dayal took two wickets each.

SunRisers Hyderabad captain Kane Williamson had won the toss and elected to bowl. Marco Jansen and T Natarajan bowled brilliantly as SRH destroyed the RCB batting line-up and restricted them to a extremely low total of 68 runs in 16.1 overs. RCB had crumbled in the powerplay itself.

Both left-arm pacers claimed three wickets each while Jagadeesha Suchith returned with brilliant figures of two wickets for 12 runs in 3 overs. Umran Malik was top-notch as well who took one wicket while Bhuvneshwar Kumar claimed the last wicket.

Suyash Prabhudessai was the highest scorer for RCB with 15 runs. Marco Jansen started brilliantly jolted RCB with three wickets in his first over as he removed skipper Faf Du Plessis, Virat Kohli and Anuj Rawat in his first over. T Natarajan also joined the act to send Glenn Maxwell packing on his second ball of the spell.

In response SRH batters, Abhishek Sharma played beautifully for his 47 runs while Kane Williamson remained unbeaten on the other end to give their side a comfortable run-chase.