LSG are on a winning run 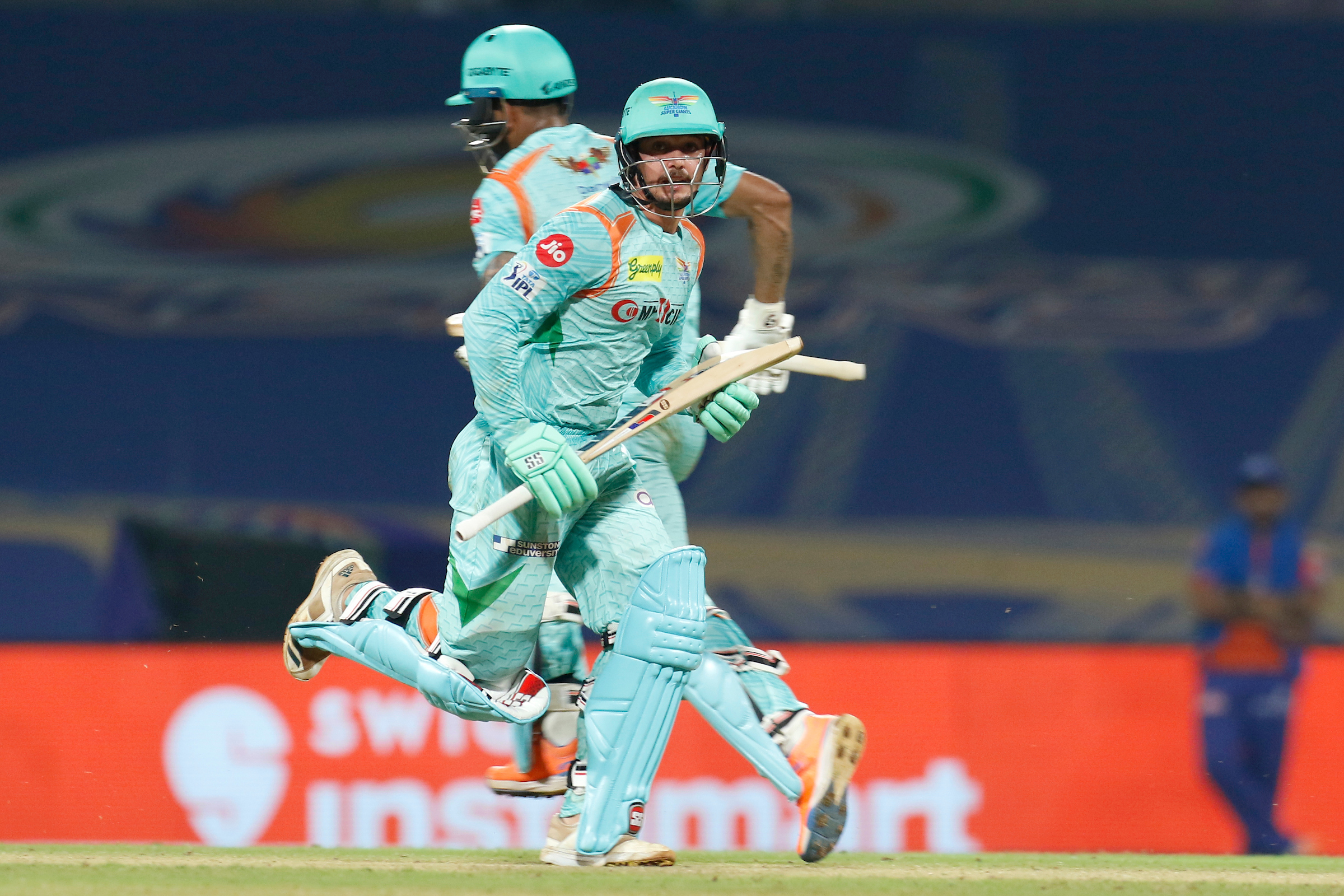 After winning the toss, Lucknow Super Giants put Delhi Capitals to bat first. Prithvi Shaw slammed 61 runs but the rest of the batting lineup failed to step up as LSG restricted DC to 149/3.

The returning David Warner (4 runs off 12), struggled in his first innings of the season. Shaw was batting on a different surface while the others struggled around him. He used his quick hands to cut the ball and was equally quick to drive anything full over cover.

It was a promising powerplay for Capitals who reached 52 for no loss in six overs. However, Lucknow fought back after the powerplay with wickets of Shaw, Warner and Rovman Powell (3 off 10) in a space of 18 balls.

Shaw was caught behind off Gowtham after he hit him for a straight six. Warner also fell prey to a poor shot off Bishnoi and Powell saw his stumps disturbed as he went for the slog-sweep off a googly from the young leg-spinner, leaving Capitals at 74 for three in the 11th over.

Rishabh Pant (39 not out off 36) took the team to a respectable total and he did that in the company of Sarfaraz Khan (36 not out off 28) who was playing his debut game for the franchise.  Young leg-spinner Ravi Bishnoi (2/22) was the standout performer for LSG, while off-spinner K Gowtham returned with the figures of 1/23.

Speaking about, LSG, it was Quinton de Kock who emerged with a glorious knock of 80 runs off 52 balls. He stitched a 73-run stand with his opening partner Rahul (24 off 25). After Rahul’s fall, his team needed 76 off the last 10 overs.

De Kock, who tallied nine fours and two sixes, put the team on the verge of victory with his second 50-plus score of the tournament. LSG reached the target score with two balls to spare and secured their third successive win in their debut IPL season.

LSG are set to face Rajasthan Royals on Sunday, April 10 in the evening clash, while DC will face Kolkata Knight Riders on the same day as well in the afternoon.