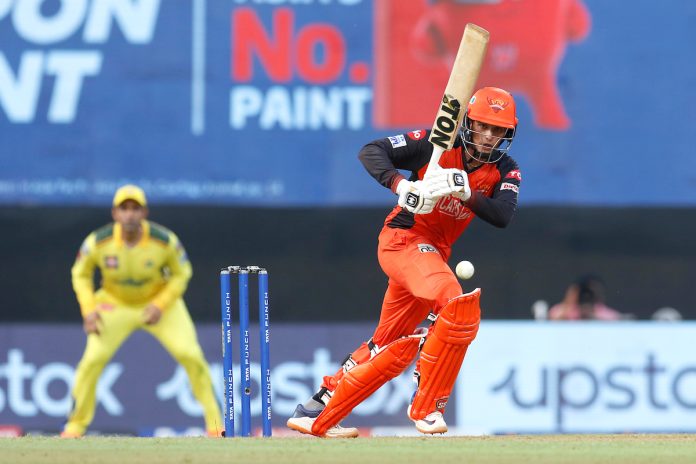 Sunrisers Hyderabad’s (SRH) Abhishek Sharma guided his team to defeat the defending champions Chennai Super Kings (CSK) comprehensively by 8 wickets at the DY Patil Stadium to register their first win of the Indian Premier League(IPL). This marked the first time in the IPL history that CSK have lost four games in a row.

Abhishek Sharma helps SRH to pick up a win against CSK 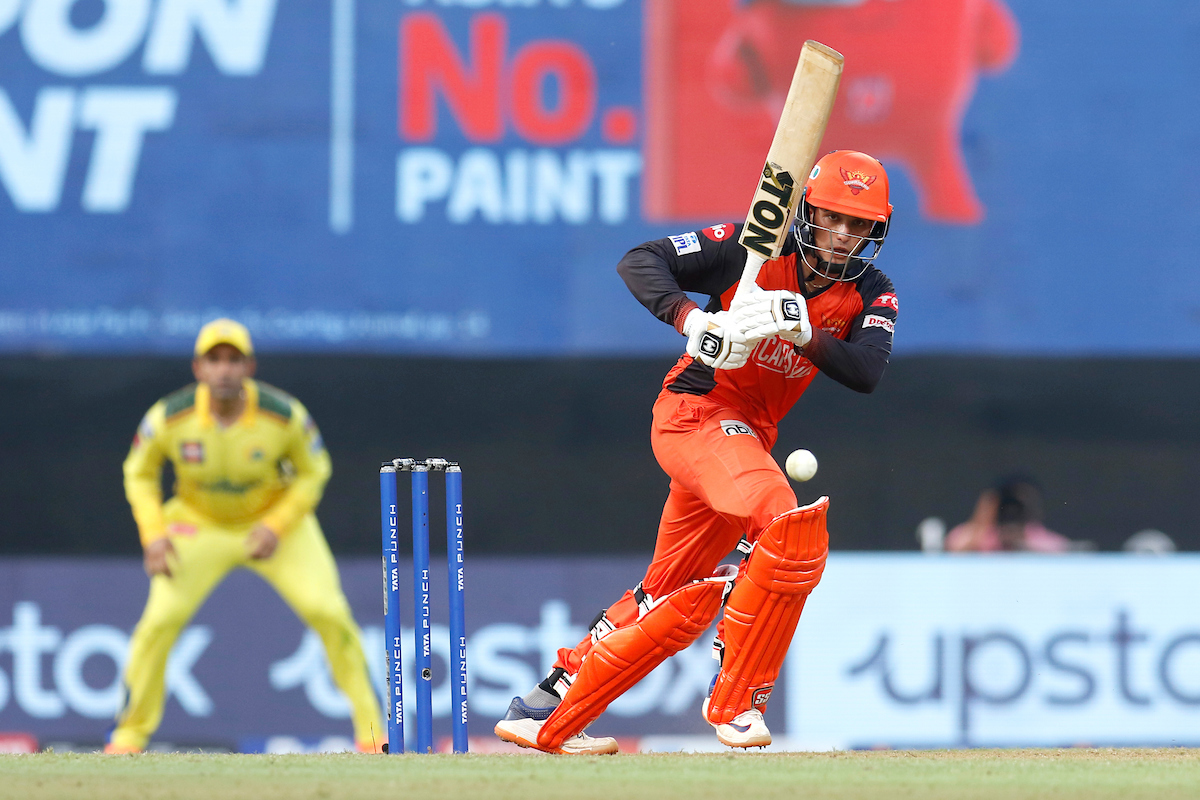 SunRisers Hyderabad had won the toss and opted to bowl first. Ravindra Jadeja played a quickfire cameo of 23 runs off 15 balls to help Chennai Super Kings post 154/7 against SRH. Moeen Ali’s half-century was also very crucial for the side to put up the total on the board. For SRH, T Natarajan and Washington Sundar returned with wickets. CSK innings never got going as batters kept losing their wickets after getting in. In the end, the franchise had to settle for a score of more than 150.

Skipper Kane Williamson and Abhishek Sharma put up an 89-run opening stand which gave SunRisers Hyderabad the perfect base to proceed to an eight-wicket win over Chennai Super Kings. Abhishek scored 75 off 50 balls and Rahul Tripathi then smacked 39 off 15 to get SRH to the target with more than two overs to spare. The margin of victory will prove to be a valuable boost to SRH’s net run rate while the beleagured CSK are now second to bottom on the points table with four losses from four matches.

It was Tripathi who won it for SRH with a four as they tallied their first victory. CSK have sunk to their fourth consecutive defeat and remain winless. SRH were absolutely clinical in the chase, led by the young Abhishek Sharma, and this bodes well for them for the rest of this tournament. This is just the second time that CSK have lost four games in a row, the last instance of this happening coming in 2010.