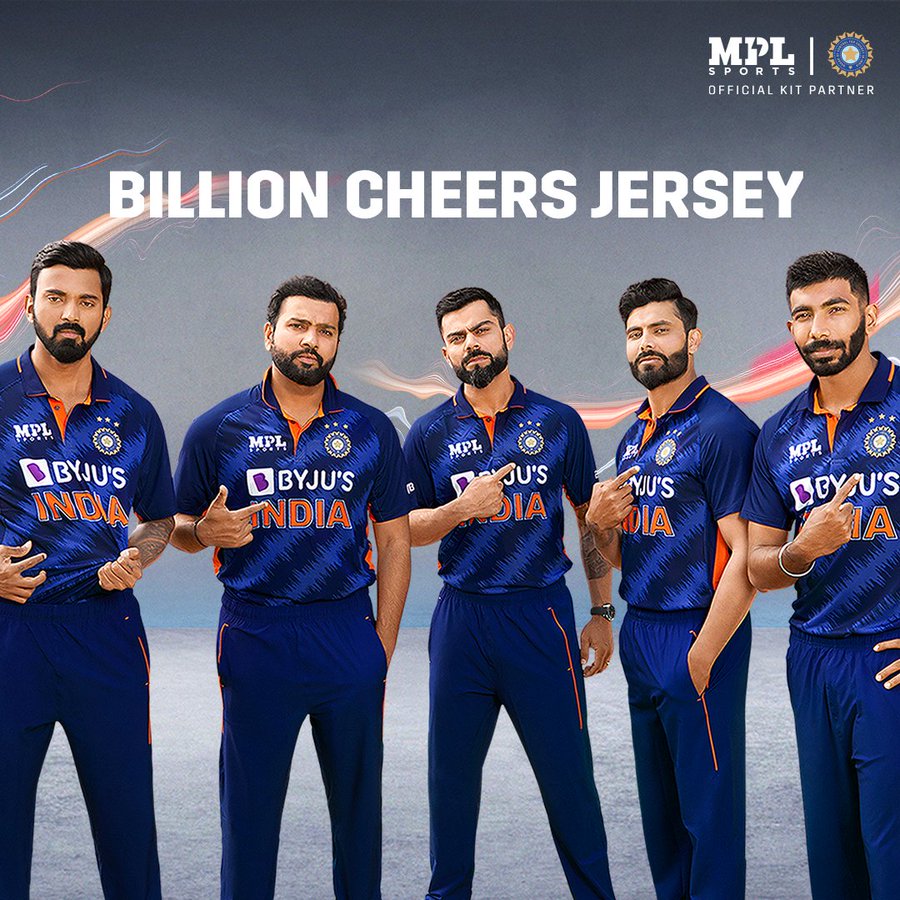 This isn’t just a Team, they are the pride of India.
This isn’t just a jersey, it is the blessing of a billion fans. Get ready to cheer for Team India & #ShowYourGame 🇮🇳
Order from here now: https://t.co/BiweYY981p#MPLSports #BillionCheersJersey pic.twitter.com/sZynrTjBA0

In November 2020, MPL introduced a retro kit based on the 1992 World Cup theme for ODIs and T20Is. Now, MPL have debuted a new look for the T20 World Cup.

The Indian players are currently part of the second leg of IPL which is also taking place in UAE. Post the commencement of the IPL, players will join the Indian camp to prepare for the World Cup.

India will begin their campaign by playing a couple of Warm-up games against Australia on 18th October and South Africa on 20th October. Both the games will take place in Dubai.

Virat Kohli will be captaining the T20I side for the first and last time in a T20 World Cup. Before the start of IPL, Virat Kohli revealed that he was stepping down as captain from the shortest format. MS Dhoni will be joining the team as mentor and it was revealed that the legend will not charge any fees for his services.