Indian skipper Virat Kohli turned 33 on Friday and the Indian team give him the perfect gift as they secured a thumping victory over Scotland at the Dubai International stadium. The Indian team celebrated the skipper’s birthday after the win in the dressing room. The official Instagram handle of the Indian cricket team released the video of the celebration in the dressing room. Team India mentor and former skipper MS Dhoni is seen lighting the candle on the cake for Kohli.

Virat Kohli is then seen cutting the cake and blowing the candle. Kohli then feeds the cake to MS Dhoni, Shardul Thakur, and Suryakumar Yadav. “Cake laughs and a win. Team Indian bring captain Virat Kohli’s birthday after their superb victory in Dubai,” read the caption on the post. 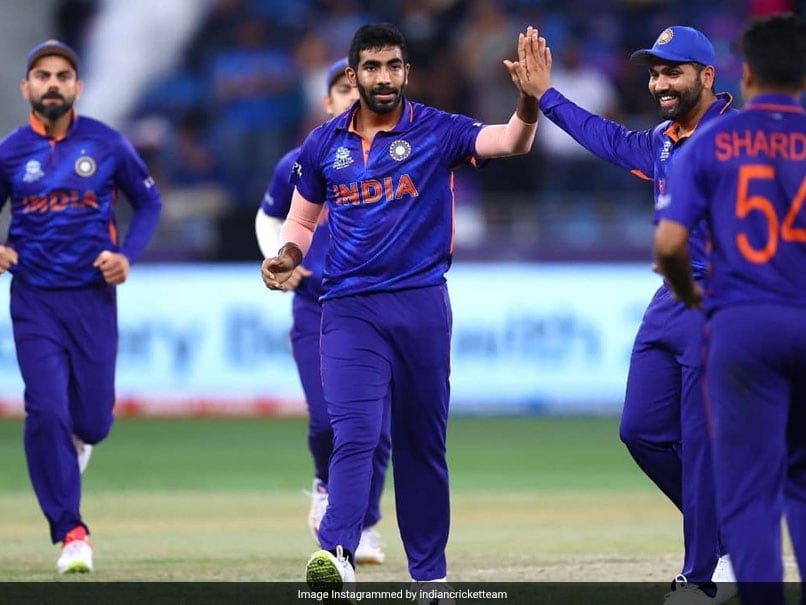 The Indian team has kept their semi-finals hopes alive after dismantling the Scottish side. The Indian bowlers bundled the opposition for meager 85 runs. Ravi Jadeja was the star of the show who decimated the Scottish batting lineup after the powerplay.

The dynamic Indian duo of Rohit and Rahul then ensured that India reach the score with plenty of overs to spare. India chased the total within 7 overs and won the game by 8 wickets. India’s NRR is now better than New Zealand and Afghanistan. Now they have to hope for Afghanistan’s victory against New Zealand in order to stand a chance.

Virat Kohli and the Indian cricket team will next be seen in action on 8th November 2021 when they take on the Namibia side. This match will take place in Dubai. India is currently placed at the 3rd spot in the points table in Group 2.

• India improve their NRR after a thumping victory over Scotland

Prateek Kumar
Previous articleAnushka and Vamika are here, that’s celebration enough for me: Virat Kohli after India’s thumping victory
Next articleTarak Sinha, the childhood coach of Pant, Dhawan, and Nehra passes away at 71