The Indian team is set to face off against the two-time T20 World Cup champs West Indies in a three-match ODI and T20I series starting from Feb 6 in Ahmedabad. Accordingly, all the members of the ODI squad reached Ahmedabad between Sunday and Monday to undergo a mandatory quarantine of three days. 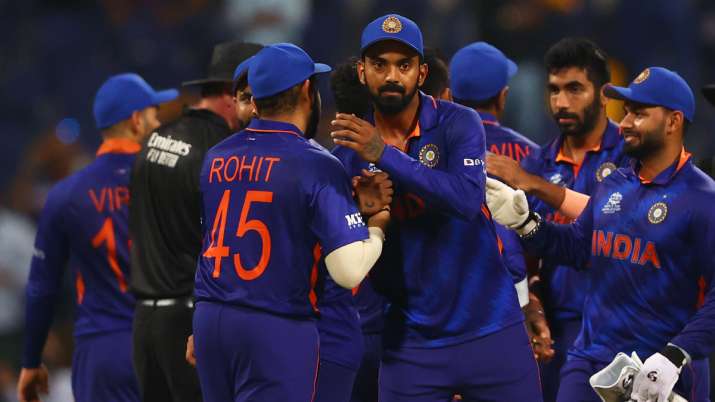 “They will undergo a three-day quarantine,” confirmed a BCCI official.

Indian leggie Yuzvendra Chahal posted a tweet on Sunday of his departure to Ahmedabad where he is sitting alongside Shikhar Dhawan in the aircraft.

The Indian team had a forgettable tour of South Africa where they lost the test series by a close margin and got whitewashed in the ODI series. However, the team set to face West Indies has the massive addition of Rohit Sharma, who was ruled out of the South African tour due to a hamstring injury. He is set to lead the side in his maiden series as full-time white-ball captain of India. Rohit is also in line to become the successor of Kohli in Tests after the latter stepped down from the leadership role.

The left-arm legspinner, Kuldeep Yadav, who until 2019, was India’s main spinner in white-ball cricket, was also named in the squad for the ODIs. Kuldeep’s form dipped in the latter half of 2019 and a poor string of performances ruled him out of the squad. He would be edging to get back in his wicket-taking groove to establish himself once again in the Indian team.

Young leg spinner Ravi Bishnoi, who was picked up by Lucknow Super Giants ahead of the auction, has also received his maiden call-up.

Speaking of the West Indian side, they will be arriving in Ahmedabad fresh off their victory against World Champions England in a five-match T20I series.

After the ODI series, the entertainment will shift to Kolkata for the T20 series. Due to covid threat, BCCI limited the number of venues to two.

• Indian players reach Ahmedabad ahead of the limited-overs series against West Indies.

• Kuldeep Yadav makes a comeback and Ravi Bishnoi receives his maiden call up.

ALSO READ: FOUR FOREIGN PLAYERS WHO CAN MAKE THEIR DEBUT APPEARANCE IN THE IPL 2022