The Indian Premier League (IPL) is the only league in the world that gets to witness elite Indian talent playing in franchise cricket. Hence, many cricketing fans around the world wait for the opportunity to see Indian greats going head-to-head against each other. However, these talents have failed to live up to the expectations of the fans and have failed miserably in this season. Let’s have a look at some of the Indian players who are having a lean IPL season. 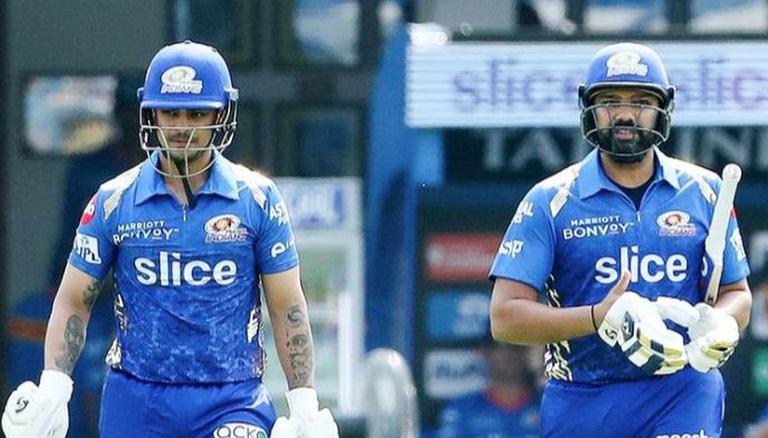 Here are five Indian cricketers who have been disappointing in this IPL:

Ravindra Jadeja was handed the captaincy by CSK management after MS Dhoni stepped down from the role. The captaincy ask was too much for the all-rounder who was already contributing in all three departments of the game. The extra burden of captaincy affected the game of the talented all-rounder. He managed to score only 116 runs and took just 5 wickets in 10 games. He ultimately relinquished captaincy and gave it back to MS. Jadeja ultimately suffered an injury due to which he is ruled out of the season. We wish Jadeja a speedy recovery as he is an important asset for the Indian team in all three formats.

Ishan Kishan was the most expensive buy of the mega auction, taking home a whopping INR 15.25 crore. Like many before him, he was always going to feel the pressure of the price tag. And the pressure is clearly visible from his performances this season. He started the season strongly with twin fifties but his performances have faded after that. He has managed to score 327 runs in 12 games so far at a strike rate of 117.20 which does not reflect the talent he possesses. His consistency at the top was crucial for MI and Mumbai desperately missed his firepower in the powerplay. As a result, MI because the first team to get eliminated from this competition.

Venkatesh Iyer was coming into the IPL after an amazing season in IPL 2021. Due to his all-round performances, KKR reached the finals in the previous season. Hence, despite playing just a handful of games, Venky was retained by the Knights. V Iyer was expected to play a key role at the top of the order this year as well. All eyes were on the fast bowling all-rounder as he is in the scheme of things for the upcoming T20 World Cup in Australia. But Iyer could not repeat his previous performances and has managed only 182 runs in 11 innings. He has not managed to take a single wicket in the small opportunities he got while bowling. Iyer was also dropped from XI mid-season due to his consistent failures. Probably the biggest reason for the downfall of MI was the poor form of Rohit Sharma. Rohit’s form was a huge problem for MI. The Indian captain is going through one of his worst IPL seasons. Rohit has not managed to hit a single fifty in the tournament. Rohit got a start on plenty of occasions, but he failed to convert it into big scores. He has managed to score only 218 runs this season at a moderate strike rate of 125. Due to MI’s out-of-form opening pair, they were never able to consistently get a good start and build a solid foundation for the innings. As a result, MI is expected to finish the wooden spoon in this IPL. The Indian fans would be hoping that Rohit’s bad patch ends soon as there is a packed International calendar waiting for the 35-year-old.

One of the shocking stories of this year’s IPL has been the ongoing unfortunate phase of Virat Kohli. Kohli, who is the leading run-scorer in IPL, is going through his worst IPL season. In each and every innings, Kohli has found new ways to get out as none of his dismissals have been identical. Kohli was dismissed as a golden duck, three times this season, which has summed up his competition so far. The Delhi-born has managed to score only 236 runs in 13 innings which includes only 1 fifty. These numbers by no means show the true picture of the pedigree possessed by the right-hander. Now, not only Indian fans, but the entire cricketing fraternity is waiting for Kohli’s bad patch to end. We hope that we get to witness Virat Kohli’s therapeutic cover drives in his last league stage game against GT.

The mega auction of IPL 2022 made a lot of players millionaires overnight with as many as 10 players getting INR 10 crores or...
News

Chennai Super Kings (CSK) skipper MS Dhoni and former BCCI chief N Srinivasan share a strong bond which is not hidden from anyone. The...