The TATA IPL 2022 has unearthed a plethora of Indian talent into the mix, especially in the fast bowling department. When the number of teams was increased to 10, it was a given that this would test Indian cricket’s depth in talent. And so far in the IPL, Indian talent has impressed every cricket fan and expert. So let’s take a look at the young pacers who have been impressive in the season so far.

Here are five Indian pacers who have been impressive in the IPL 2022 so far: The left-arm seamer from Rajasthan was filling in for Deepak Chahar who was ruled out of the IPL due to injury. Replacing such a valuable asset was not easy and Mukesh found it difficult in his initial games. However, the left arm improved his game and delivered a match-winning spell against Mumbai Indians where he demolished the top order consisting of Rohit, Kishan, and Dewald Brevis. Mukesh also foxed Virat Kohli in the game against RCB thanks to the genius field placement from Dhoni. Mohsin Khan hasn’t been able to play all the games for LSG due to the presence of Senior pacers like Holder, Chameera, and Avesh. But from whatever opportunities the young left-arm has got, he made the most of it. The speedster delivered match-winning spells in his last two games against Mumbai and Punjab as he played a pivotal role in defending a below-par total. Mohsin had failed to leave a mark in the first game against GT but had scripted a strong comeback in the previous two games. Kuldeep Sen made a name for himself after successfully defending 14 runs against Marcus Stoinis who was in red hot form. Similar to Mohsin, Kuldeep hasn’t got many opportunities to play. But he has tried to make the most of the ones he has got. His game-changing back-to-back wickets of Faf and Maxwell turned the game in RR’s favor. Kuldeep’s ability to bowl hard lengths at 140+ kmph makes him different. He also has the skills to bowl wide yorkers at death which he showcased against Lucknow. 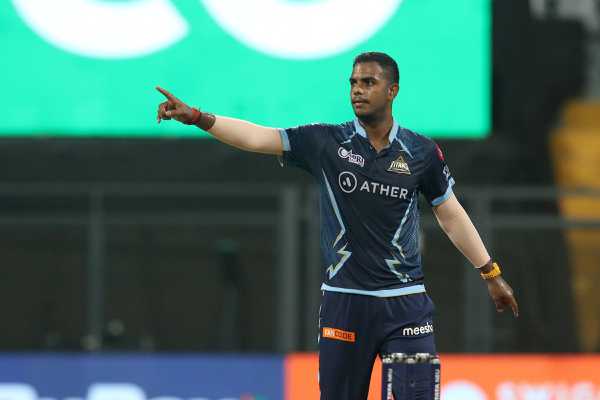 Yash Dayal has probably been the most impressive uncapped left-arm seamer in this IPL. He has been impressive in every game he has played irrespective of the fact that he has picked wickets in all the encounters. Yash has been economical and has become an undroppable member of the side. He played his first game against a strong RR side where he picked three crucial wickets. The Indian team was desperately looking for a left-arm seamer and it seems like their search will finally conclude at the end of this season. A bowler which has taken the IPL by storm with his pace is Umran Malik. Malik is probably the most exciting prospect who will be playing for India very soon. His ability to bowl at 150 consistently is what sets him apart. Now, he has accuracy combined with his pace which makes him more deadly. His five-wicket haul against Gujarat is one of the best and the fastest spell of bowling IPL has ever seen. If he continues to impress with his performances, he may as well board a flight to Australia for the World Cup.

ALSO READ: PREDICTING WHO WILL FINISH IN THE TOP 4 AT THE HALFWAY STAGE OF THE IPL