The India South Africa series, which is also known as the Gandhi-Mandela series or Freedom Trophy, is set to begin from 26th December where the two nations will commence the series with three test matches. However, crowds will not be able to witness the high-quality action live in the stands as the series will be played behind closed doors. 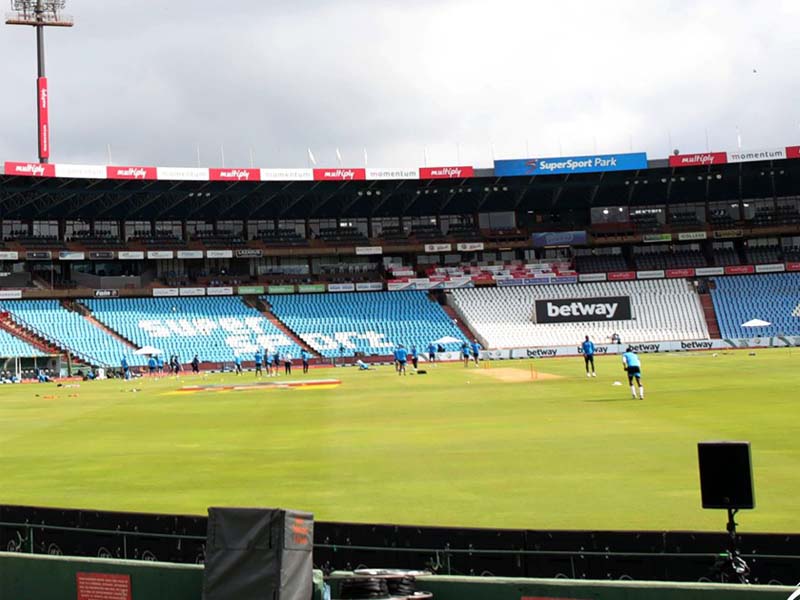 On Monday, the official social media handle of Cricket South Africa revealed the decision that the series will be played without any spectators.

“This decision was taken in order to avoid any breaches that could compromise the tour from a Covid-risk perspective and to also maintain a hazard-free bubble environment,” the statement read.

The statement added that the decision was made in the best interest of the game as well as the health and safety of players and staff.

The matches will be broadcast live on SuperSport and SABC 📺

A new Covid variant named Omicron emerged in the African nation some weeks ago and the rainbow nation witnessed a massive increase in Covid cases. The Omicron variant reportedly spreads at a rapid pace.

South Africa is hosting India for three tests and the ODI series which will be a part of World Test Championship 21-23 (WTC) and World Cup super league 2020-23 respectively. The Indian test team has conquered every overseas test tour. Whether it is England, New Zealand, Australia, West Indies, or Pakistan, the Indian test side has won at least one series on each of these shores. However, a test series win in the South African nation has always eluded the Indian side.

Indian teams have always struggled to adapt to the seam, swing, and bouncy conditions of the rainbow nation. In their last tour, India suffered a 2-1 defeat and secured a famous win in the last test after losing the first two tests in a humiliating fashion. However, since their last tour in 2018, the Indian test team has won two consecutive series in Australia, where conditions are almost similar to South Africa.

Since the last South Africa tour, the Indian team has been performing reasonably well. However, Indian batsman will need to up their game as they have consistently disappointed when even when Indian bowlers did their job. Now, the South African side is without the likes of AB de Villiers, Faf du Plessis, and Dale Steyn. So the Indian team will fancy their chances to finally conquer the unconquered.

• The India-South Africa series will be played without any spectators.

Prateek Kumar
Previous article
R Ashwin reveals that he felt “crushed” when Shastri termed Kuldeep Yadav as India’s no.1 overseas spinner
Next article
Kyle Jamieson opens up on his successful performances against India