It is always a highly anticipated affair when India squares off against Pakistan. In the recent Super 12 clash in the ICC T20 World Cup, Mohammed Rizwan-led-Pakistan registered a dominating victory over the Indian side to end the iconic streak at the Dubai International Stadium. After winning the toss, Pakistan put India to bat first. They restricted India to a decent total of 151 runs after the end of the allotted 20 overs. Pakistan responded with a brilliant batting performance as skipper Mohammed Rizwan and talismanic batter Babar Azam commanded from the front to yield a well gripped victory for their side against The Men in Blue.

Indian openers Rohit Sharma and KL Rahul started off pretty slow for India as they failed to put up runs in the primary stage. It was the pacer Shaheen Afridi who made the breakthrough early on in the match and scalped both the openers within the first three overs. He also went on to dismiss Virat Kohli later on in the game, who had come up with a brilliant captain’s knock of 57 runs off 49 balls.

Skipper Virat Kohli and Pant then joined forces to add 53 runs in quick time before the latter was caught out by leg-spinner Shadab Khan (1/22 in four overs) off his own bowling in the 13th over.

India played well in the middle overs and some sixes and attacks were witnessed as Suryakumar Yadav and Kohli took the charge. However, Yadav was dismissed by Rizwan.

All-rounder Hardik Pandya failed to get going in the death overs but India managed to surpass the 150-run mark after the end of twenty overs. 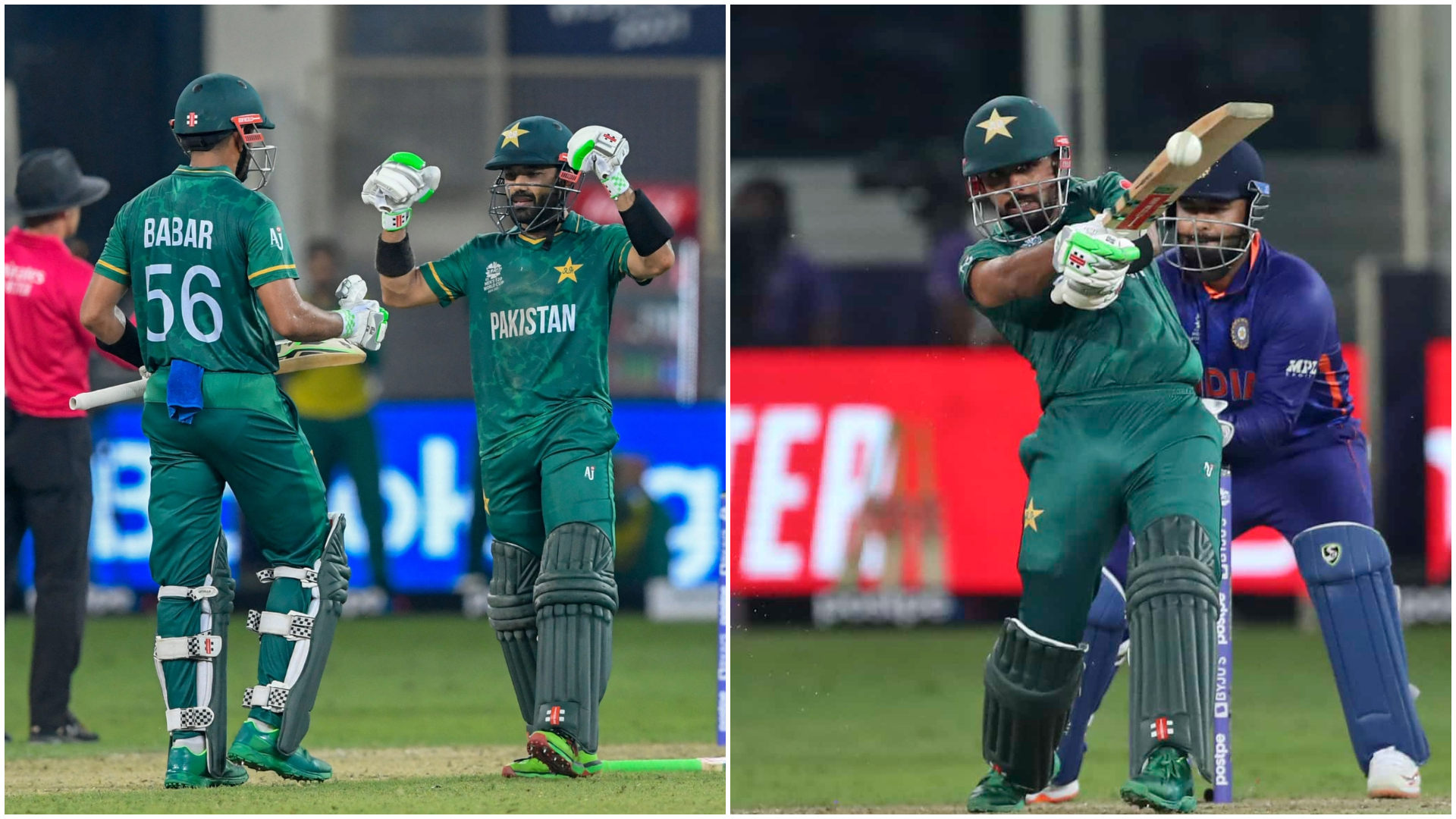 Pakistan openers Babar Azam and Mohammad Rizwan hit unbeaten half-centuries as they completed a thunderous chase as they accomplished the target of 152 runs. They tallied a blistering 10-wicket win over India in their T20 World Cup campaign-opener in Dubai.

The batters showcased a solid opening stand as they looked comfortable from the onset of the innings while the Indian bowlers strived to end the draught of taking wickets.

Pakistan will be heading into their next game with sheer confidence against New Zealand, while India will be eyeing to register a win when they take on the Kiwis as well in their next game.