India captured the ICC U-19 Cricket World Cup 2022 after defeating England by four wickets at the Sir Vivian Richards Stadium in Antigua on Saturday. The Men in Blue chased down a target of 190 runs in 47.4 overs and tallied 195 runs at the expense of six wickets to extend their record to fifth title victory.

India picked up a historic win against England 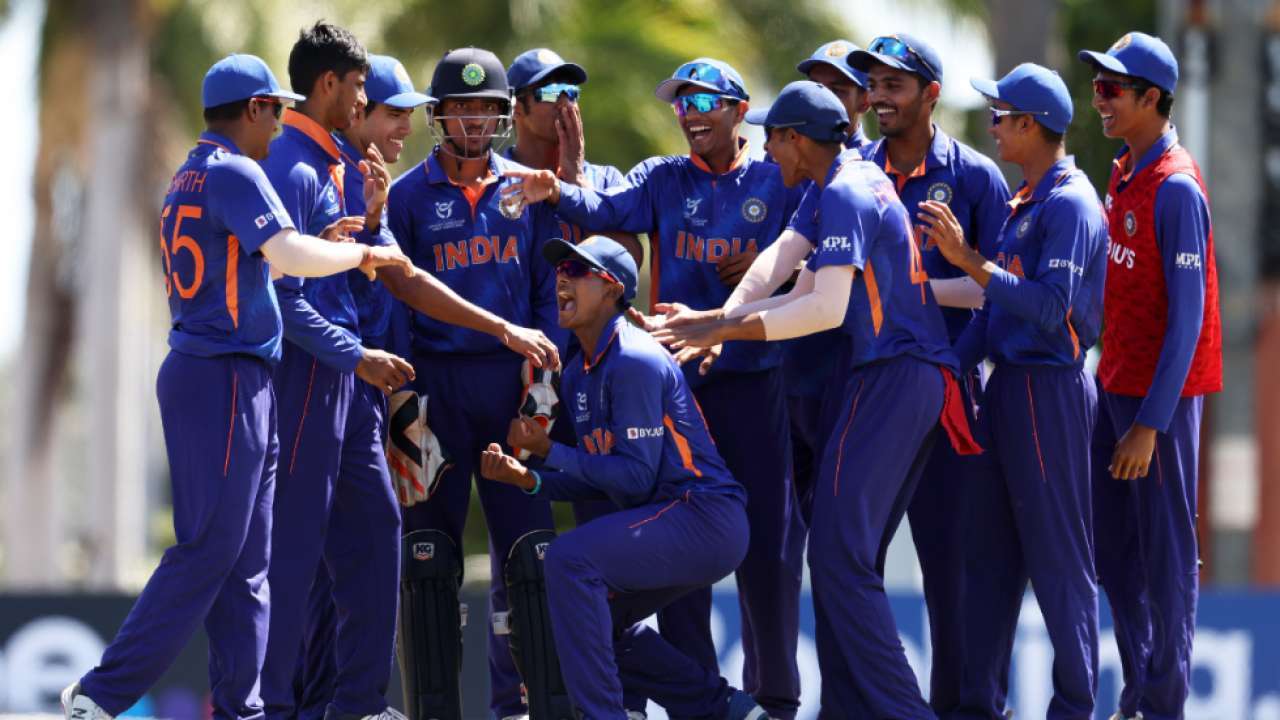 England skipper Tom Prest chose to bat at the toss. Indian bowlers showed some class and tor apart the England batting lineup.  The Three Lions were bowled out for 189 in 44.5 overs and had a major batting collapse. James Rew smashed a crucial 95-run knock-off 116 balls to give his side a fighting chance and Sales remained unbeaten after registering 34 runs off 65 balls.

George Bell was gone for a duck Bawa struck him with a short ball, and all he could do was glove it to Bana trying to block off the back foot. From 45 for 5, England were soon 91 for 7 following the wickets of Rehan Ahmed, caught at slip off Bawa, and Alex Horton, who dragged offspinner Kaushal Tambe to midwicket.

India came on to bat and were seemingly confident from the onset of their innings. They were always ahead in the chase. Nishant Sindhu played an unbeaten match-winning knock of 50 runs off 54 balls to help India edge past their opponents. Meanwhile, Shaik Rasheed also played a vital knock, smashing 50 runs off 84 balls for India.

Although England struck with wickets that prevented India from posting big partnerships, they could not manage to defend the total. Joshua Boyden, James Sales and Thomas Aspinwall took two wickets each for England’s bowling department but they could not stumble the opponents. Eventually, they relinquished the opportunity as India capitalized and emerged victorious in the high-stakes match.