Team India had reached a total of 258/4 at stumps on Day 1 against New Zealand at the Green Park Stadium in Kanpur. Shreyas Iyer and Ravindra Jadeja were at the crease looking strong. After the early stumble, India managed to make a turnaround on Day 1 as Iyer and Jadeja made the rescue to put up a decent total at the conclusion of the opening day’s play. New Zealand made a huge comeback on India, who were seemingly solid on Day 2. 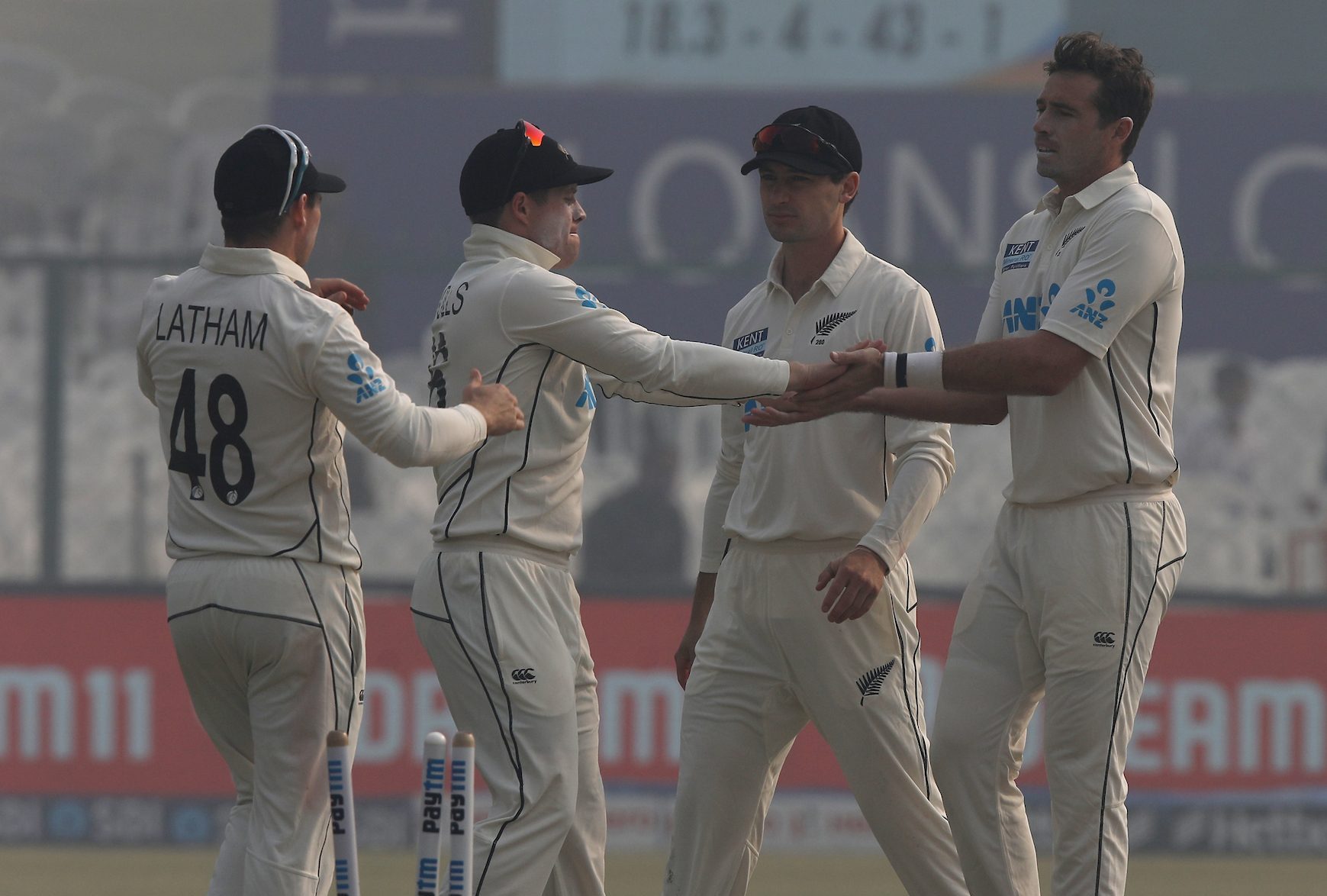 India were bundled out for 345 runs in their first innings. Debutant Shreyas Iyer (105) top-scored for Team India with his maiden Test century and he was supported well by Ravindra Jadeja (50).

Iyer tried to attack pacer Kyle Jamieson with top-notch shots that yielded a series on boundaries. The 26-year-old became the 16th Indian to score a century on Test debut. However, he could not convert it into an even bigger score following a soft dismissal off Southee.

While, Jadeja was eyeing to tally a ton but failed to do so as he was dismissed on the score he achieved at the conclusion of Day 1. Apart from a contribution from R Ashwin, the rest of the lower-middle order could not resist the Kiwi bowling attack and fell prey to them.

Tim Southee was the stand-out performer with his five-wicket haul. While Kyle Jamieson picked three wickets. Spinner Ajaz Patel scalped a couple of wickets on Day 2.

Coming on to bat, The New Zealand openers, Will Young and Tom Latham gave a great start to the innings. They amassed a solid opening partnership of 129 runs. Both the openers registered half-century with Young (75*) and Tom Latham (50*).

The Kiwis trail India (345) by 216 runs and are in a commanding position at the end of the second day’s play. Both the openers have held their ground and Indian bowlers have had tough time dealing with them. New Zealand see themselves at 129 runs without the loss of any wicket at Stumps on Day 2.