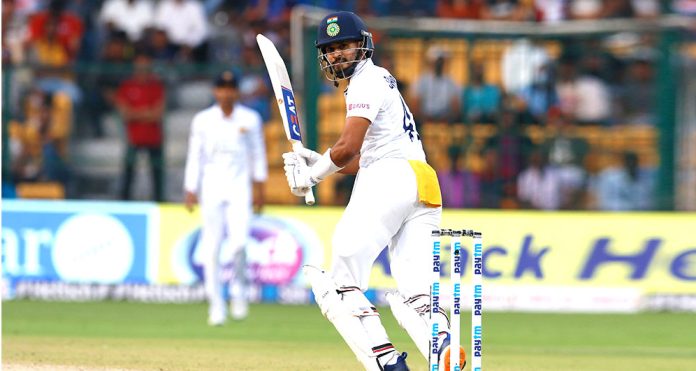 Shreyas Iyer came up with a stupendous performance in the ongoing 2nd Test Match between India and Sri Lanka at M. Chinnaswamy Stadium in Bengaluru. It has been pouring wickets on Day 1. After winning the toss, Rohit Sharma opted to bat first. They managed to put up a total of 252 runs before being bundled out. Sri Lanka aimed to bounce back to take charge of the game but ended up collapsing in quick succession at they stand at 86/6 at Stumps, Day 1.

India made the inclusion of left arm spinner Axar Patel replacing Jayant Yadav after Patel was cleared for the match. Sri Lanka, on the other hand, were forced to make two changes with Kusal Mendis and Praveen Jayawickrama replacing Pathum Nissanka and Lahiru Kumara, who were ruled out due to injuries. 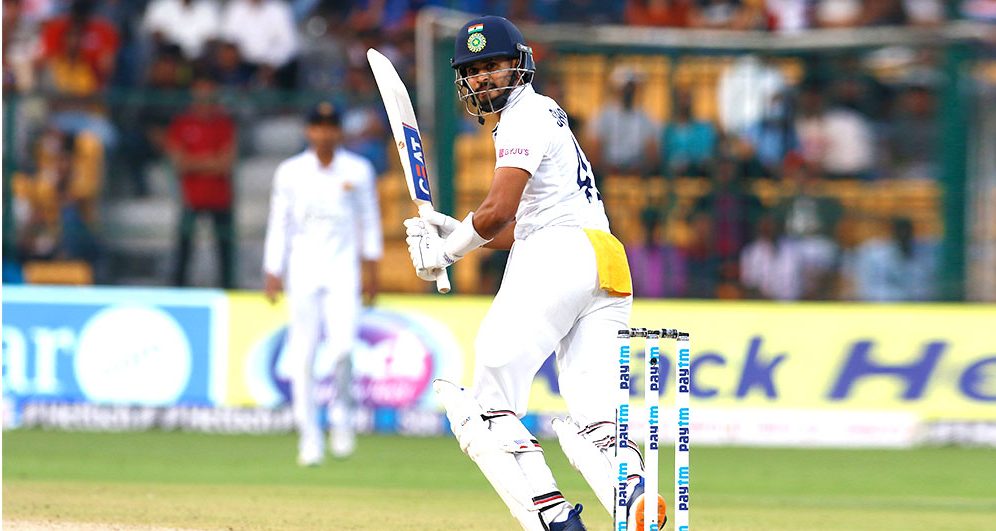 Shreyas Iyer narrowly missed out on a ton as the youngster smashed 92 runs off 98 balls. He also managed to hammer as many as 10 fours and four sixes. India’s top order could not garner much runs at the onset. Shreyas Iyer in the middle order, with Rishabh Pant put up a respectable total before getting dismissed as the tailenders could not resist the offense of Sri Lankan bowlers.

Coming on to bat, Sri Lanka once again stumbled against a fierce bowling attack of the Men in Blue. The onslaught of the Indian bowlers went through the top order of Lankans. Indian speedsters, Jasprit Bumrah and Mohammed Shami have been in fantastic form.

Bumrah bagged three wickets while Shami managed to tally a couple of dismissals. Spinner Axar Patel, who made his return to the squad also picked up a wicket. Sri Lanka concluded Day 1 having a deficit of 166 runs with pressure piling on them for Day 2.