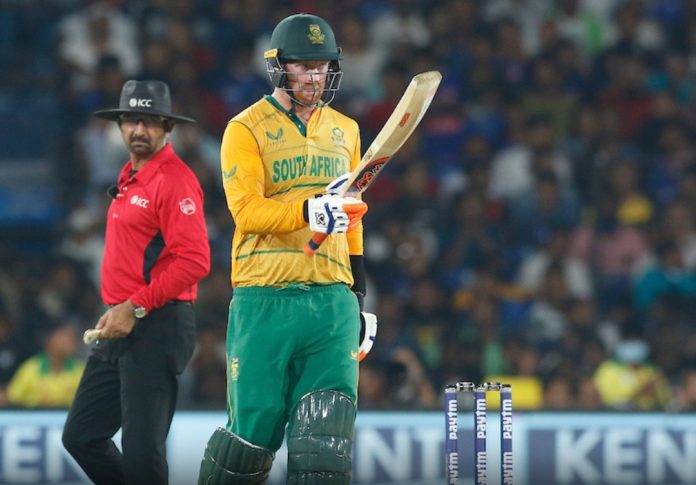 Heinrich Klaasen delivered an astounding knock as South Africa secured their consecutive win in the second fixture of the 5-match T20I series against India at Barabati Stadium, Cuttack on Sunday, June 12. They picked up a 4-wicket win to lead the series by 2-0. 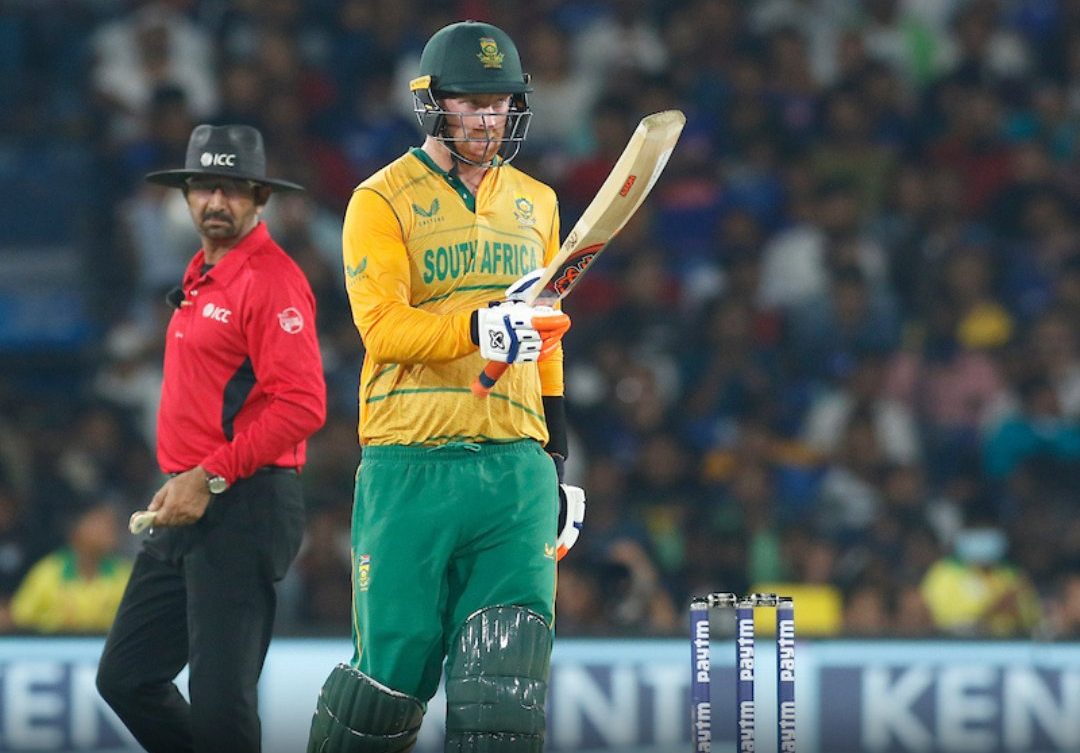 India managed to tally 148/6 in their 20 overs after being put in to bat by South Africa in the second T20I.  South Africa had started strong with the ball, with Kagiso Rabada dismissing Ruturaj Gaikwad in the first over. Ishan Kishan got India back on track with his 21-ball 34. However, following his dismissal, the bowlers took control again. Rishabh Pant fell for just 5, while Hardik Pandya could only make 9. Shreyas Iyer was the next man to go, having played a crucial knock of 40. Axar Patel, who was promoted above Karthik to take on the spinners, could also only make 10.

Dinesh Karthik showcased a brilliant batting display in the death overs and finished unbeaten on 30 off 21, hitting two sixes and as many fours. Karthik and Harshal Patel provided some momentum in the death, with Karthik hitting both his sixes in the final over, while Harshal also scored 12 off 9.

South Africa had stumbled as the lost three early wickets thanks to Bhuvneshwar Kumar’s brilliant opening spell. However, Heinrich  Klaasen and Temba Bavuma (35) steadied South Africa. When Bavuma fell to Yuzvendra Chahal, Klaasen upped the ante and went on to register his highest score in T20Is.

Heinrich Klaasen, who emerged with a magnificent knock of 81 off 46, had smashed 7 boundaries and five sixes. He managed to decimate the Indian bowlers. He was eventually dismissed by Harshal Patel, and then Wayne Parnell fell to Bhuvneshwar Kumar, who returned excellent figures of 4/13 but by then, South Africa had the match in the bag. It was the star of the last match, David Miller, who scored the winning runs with more than an over left.

India will try to bounce back in the next game on Tuesday, June 14.