Once upon a time in Santorini: Hardik Pandya spends gala time in Greece with family ahead of Asia Cup 2022

Indian star all-rounder Hardik Pandya is making the most of his off time as he is spending his vacation in Greece with his wife Natasa Stankovic and son Agastya Pandya. 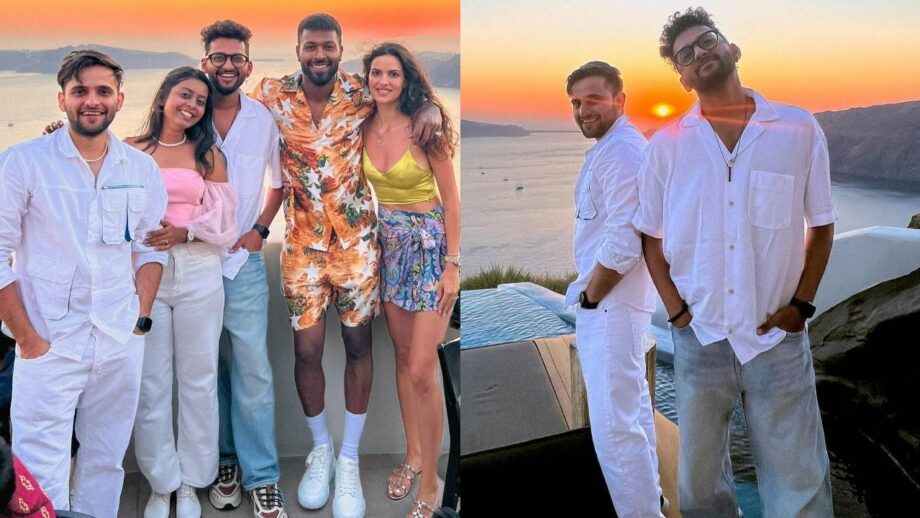 Greece is one of the best places to visit for tourists and the Pandya family is making the most of their tour. Hardik, his wife Natasa Stankovic and his son Agastya who turned 2 on July 30 seem to be enjoying the sunny weather on the Greek island of Santorini.

Pandya went on to share a glimpse of his vacation on his Instagram. He captioned the post “Once upon a time in Santorini” where he is seen enjoying his time on the beautiful island whose gorgeous setting is pleasing to the eyes.

Hardik Pandya was recently seen in action against West Indies in the five-match series which ended on Sunday. He was leading the Men in Blue in the final game and extended his unbeaten record as captain of India. India recorded another series win over West Indies by a margin of 4-1.

After his short vacation, Hardik Pandya will be in for a tight schedule for India as the Men in Blue will be looking to defend their title in the Asia Cup 2022, which starts on 27 August in UAE. With the commencement of the Asia Cup, the countdown to the T20 World Cup in Australia will begin.

• Hardik Pandya spends his time off vacationing with family in Greece.

• Pandya will be seen in action in the Asia Cup starting on 27 August.

Prateek Kumar
Previous article
Sourav Ganguly to lead India against the Rest of the World in a special legend match on 15th September
Next article
Women’s IPL finally becomes a reality; the inaugural season is set to be held in March 2023