During the inaugural IPL season, one controversy that grabbed headlines was the slap gate incident between Harbhajan Singha and S Sreesanth. To this day, the slapgate incident is one of the most talked-about controversies of the Indian Premier League. 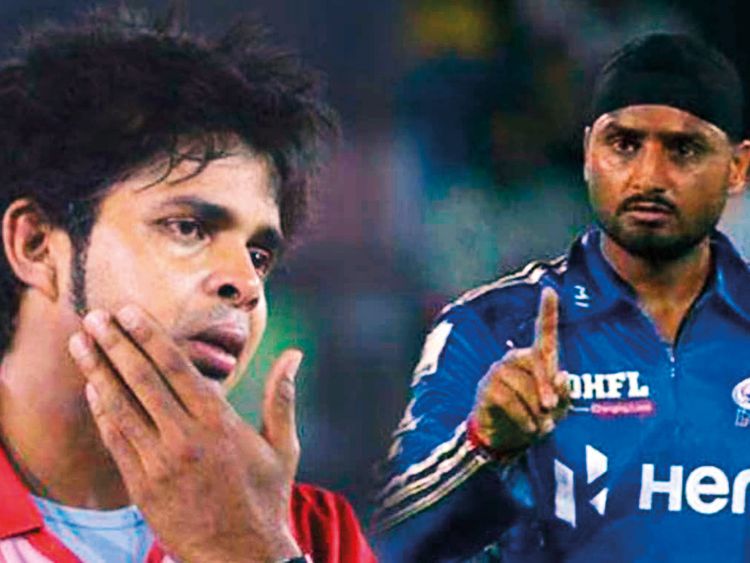 Now, former Indian cricketer and World Cup winner Harbhajan Singh have opened up on the incident in which he was involved. Harbhajan had a controversial 2008 year where he was first involved in the Monkey gate incident and then the slapgate incident in the IPL.

What happened was wrong, I made a mistake: Harbhajan Singh The veteran spinner has now admitted that he made a terrible mistake after slapping his former Indian teammate S Sreesanth during the inaugural season of the Indian Premier League (IPL).

In IPL 2008, the Kings XI Punjab (Now Punjab Kings) pacer S Sreesanth was slapped by then Mumbai Indians (MI) skipper Harbhajan during a group stage clash being played at Mohali. The controversial incident gained a lot of heat as Sreesanth was caught crying by the cameras before the presentation ceremony.

“What happened was wrong. I made a mistake. Because of me, my teammate had to face embarrassment. I was embarrassed. If I had to correct one mistake, it was how I treated Sreesanth on the field. It should not have happened. When I think about it, I feel there was no need,” Harbhajan said at Glance LIVE Fest.

Harbhajan faced the repercussions after this incident. Even though the former Indian speedster Sreesanth downplayed the incident, calling Harbhajan Singh his elder brother, the former Indian spinner was not allowed to collect his salary and was banned for the rest of the season. After finding him guilty, the Board of Control for Cricket in India (BCCI) also conducted a special investigation and banned Harbhajan for five ODIs.

In the inaugural season, Mumbai Indians were knocked out in the group stage itself. On the other hand, Kings XI Punjab finished second in the points table in the season. The Punjab franchise won 10 out of their 14 matches and qualified for the playoffs stage after being second on the points table, behind Rajasthan Royals (RR).

• Harbhajan Singh admits his mistake during the slapgate incident in 2008.

• Harbhajan was banned from the rest of the season and for 5 ODIs after the IPL.

Prateek Kumar
Previous article
Rishabh Pant’s lawyer narrates how Mrinank Singh duped Pant of INR 1.63 crore
Next article
WATCH: Gautam Gambhir hits back at critics who questioned his stint in IPL 2022 as a mentor for LSG