Former Indian spinner and World Cup-winning cricketer Harbhajan Singh has been nominated for Rajya Sabha polls by the Aam Aadmi Party (AAP) in Punjab. Harbhajan is set to be a part of the five persons the ruling party in Punjab has nominated for the elections for the Upper House on March 31. 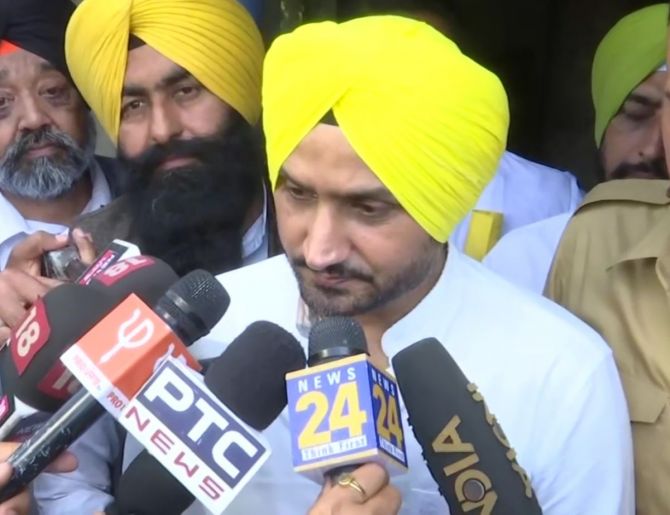 All five candidates are set to be elected to the Upper House of parliament as AAP has won 92 of 117 seats. After filing his papers, the former Indian veteran off-spinner said he will strive to take sports forward.

Harbhajan Singh retired from all forms of cricket in December 2021

Earlier in December last year, the veteran Harbhajan retired from all forms of cricket after a journey that lasted for 23 years. The off-spinner, who made his debut against Australia in Bengaluru in 1998, had been out of favor for quite some time. He last played for India in a T20I match against the UAE in Dhaka in 2016 during the Asia Cup.

Harbhajan had the fortune of playing 103 Tests for India and picked up 417 wickets, and from 236 ODIs, the Turbanator grabbed 269 wickets. The off-spinner has also represented India in 28 T20Is and took 25 wickets.

The speculation of Bhajji joining politics started when cricketer-turned-politician Navjot Singh Sidhu posted a picture with Bhajji on Twitter and captioned it “picture loaded with possibilities”.

“Frankly speaking, I don’t know what’s in store for me. I just want a couple of days to figure out in which direction I would like to move. Yes, I want to give back to society,” Harbhajan told PTI in an interview when asked about his future plans.

“If I join politics, how and in what form, I need to figure those things out as main aim is to help people if I at all take the plunge,” he added.

• AAP nominates Harbhajan Singh as a candidate for Rajya Sabha.