Gujarat Titans are one of the two new teams that will feature in the upcoming season of IPL 2022. The team, who was purchased by CVC Capital, launched their anthem song on March 25, Friday. The anthem has been named “Aava De”, a Gujarati slang that means “bring it on”. The official video song captures the players at the enormous Narendra Modi Stadium of Ahmedabad, which is the home ground for the team. 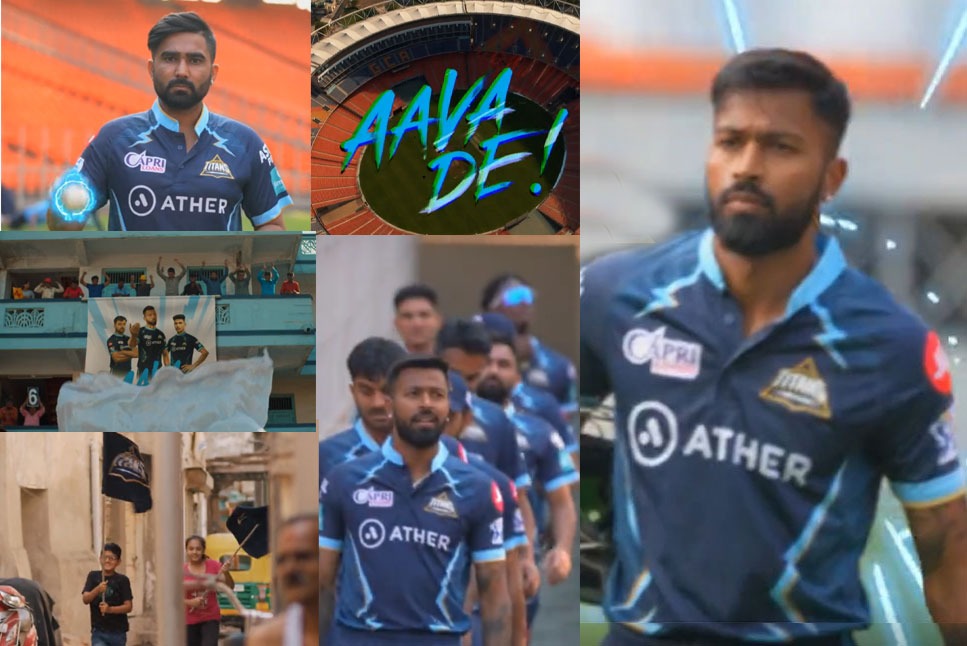 The anthem has been composed by Dub Sharma and sung by the very popular folk singer Aditya Gadhvi. It also features parts of the Rann of Kutch, the kite-flying festival popularly known as Uttarayan, and the lanes of the small cities to symbolize Gujarat’s rich culture. Skipper Hardik Pandya, Shubman Gill, Wriddhiman Saha, and Rahul Tewatia are among some of the faces featured in the video.

The new franchise based in Ahmedabad will be led by Hardik Pandya, who is set to make his debut as a leader in the IPL. Along with the hometown boy, Gujarat Titans also grabbed Afghanistan’s superstar Rashid Khan and Indian youngster Shubhman Gill before the mega auction. The Titans have formed a strong team and will be making a massive entry into the cash-rich event this year. Recently, GT had unveiled their jersey in a grand ceremony that was held at the newly made Motera Stadium.

The Titans will face-off against their fellow debutants Lucknow Super Giants, led by KL Rahul, in what will be the opening game for both teams on the big stage. The two will lock horns on Monday, March 28, at the iconic Wankhede Stadium in Mumbai.

Prateek Kumar
Previous article
IPL 2022: FAQs, Covid Protocols, format, and much more
Next article
I have to fill in those big shoes of MS Dhoni: Ravindra Jadeja opens up after being appointed as the new skipper of CSK