Greg Chappell, who had a controversial run with the Indian team between 2005 and 2007 which ended with India’s early exit in the World Cup 2007, has often spoken highly of the two-time World Cup-winning captain of India.

Chappell spoke about the absence of natural environments that were a big part of their development structure in bygone eras of developed cricketing nations. He cited the example of MS Dhoni, who hails from a humble background where coaching facilities are rare.

The developed cricket countries have lost the natural environments that were a big part of their development structure in bygone eras. In those environments, young cricketers learned from watching good players and then emulating them in pick-up matches with family and friends,” Chappell wrote in ESPNcricinfo.

“The Indian subcontinent still has many towns where coaching facilities are rare and youngsters play in streets and on vacant land without the interference of formal coaching. This is where many of their current stars have learned the game. One of them is Dhoni, who came from the town of Ranchi in Jharkhand.” 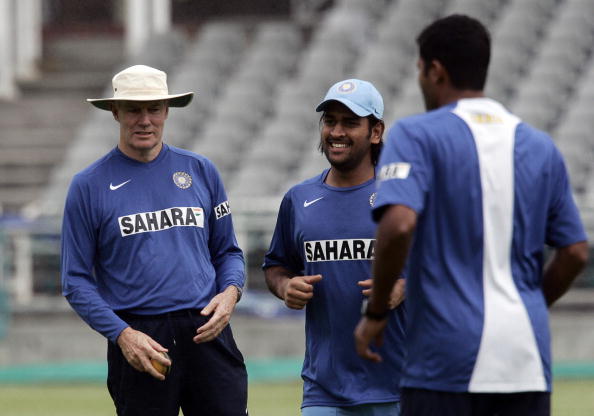 “MS Dhoni, with whom I worked in India, is a good example of a batter who developed his talent and learned to play in this fashion.

“By competing against more experienced individuals on a variety of surfaces early in his development, Dhoni developed the decision-making and strategic skills that have set him apart from many of his peers. He is one of the sharpest cricket minds I have encountered,” Chappell said.

Noting England’s struggles in the recently-concluded Ashes, Chappell said the problem is with the absence of natural environments for the youngsters to express themselves.

“England, on the other hand, has very few of these natural environments, and their players are produced in a narrow band of public schools, with an emphasis on the coaching manual. This is why their batting has lost much of its flair and resilience.

The games that young people make and play are dynamic and foster creativity, joy, flexibility in technical execution, tactical understanding, and decision-making, which are often missing in batting at the highest levels.”

He added, “Invariably when an adult gets involved with kids playing cricket, they break up the game and kill its energy by emphasizing correct technique. This reduces a dynamic, engaging environment that promotes learning to a flat and lifeless set of drills that do little to improve batting in games.”

Chappell said having highly structured settings is not the right way to go. “The growth in structured training in the preparation of batters has not only failed to take batting forward, it has actually resulted in a decline in batting. Highly structured environments, and an excessive focus on teaching players to perform “correct” techniques, dehumanize cricket.

• Greg Chappell claims Dhoni has one of the sharpest cricket minds.

• Greg Chappell feels having highly structured settings is not the right way to go.