“Great end to the series”: Shubman Gill opens up after guiding India to a 3-0 victory over the Windies

Rising Indian opener Shubman Gill had a breakthrough series against West Indies and helped India clinch the series 3-0 and whitewash the Windies for the first time at their home ground. 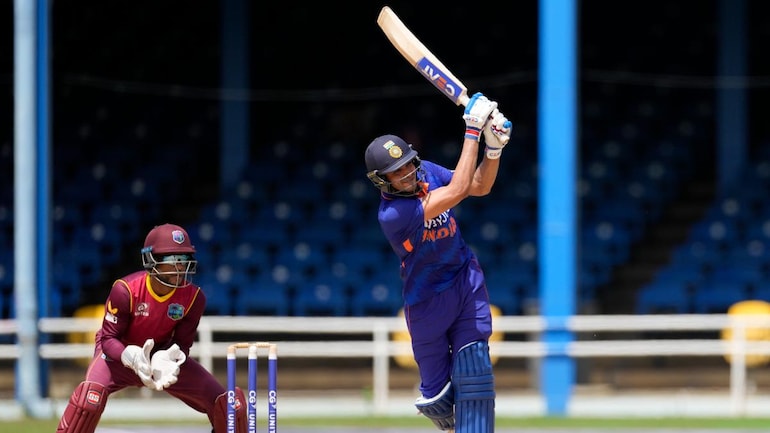 Shubman Gill ended the series as the top run scorer, amassing 205 runs at a phenomenal average of 102. The young right-hander scored two fifties in the series and missed his maiden international hundred by 2 runs after rain played a spoilsport and ended the Indian innings abruptly.

India won the third and final encounter by 119 runs in a rain-affected game and Gill has rightly adjudged the Player of the Match. He was also awarded with the Player of the Series award for being the leading run-scorer in the series.

Shubman Gill was disappointed with how he got out in the first two games. In the 1st ODI, he was run out courtesy of some lazy running and in the second game he got out playing an imperfect stroke. But he rectified his mistake in the third game and was not out till the end.

“I was hoping for one more over”: Shubman Gill on missing out on a hundred “Was hoping to get a hundred, but that (rain) was not under my control. I was very disappointed with how I got out in the first two ODIs. I tried to play according to the ball and let the instincts take over,” said Gill in the post-match presentation.

“I wanted only one more over, I was hoping for that. The wicket played fantastically in all three games. The ball was gripping a bit after 30 overs. Happy with my performance,” he added.

Set a revised target of 257 off 35 overs, West Indies crumbled to 137 all out off 26 overs with leg-spinner Yuzvendra Chahal leading the pack with figures of 4/17. Axar Patel (1/38 in 6 overs) and seamer Shardul Thakur (2/17 in 5 overs) also performed their role admirably on a slowish surface as India outwitted the home side and completed a 3-0 rout.

• Shubman Gill wins his first Player of the Series award in international cricket.

• India whitewashed Windies for the first time in ODIs in the Caribbean.

WATCH: Rahul Dravid applauds the team in the dressing room after beating Windies 3-0; don’t miss Dhawan’s antics at the end