Gautam Gambhir, former Indian opener and World Cup hero, is hopeful that India will turn their fortunes around in ICC events when Rohit Sharma and Rahul Dravid will take over the Indian setup. His statement comes after India was knocked out of the ongoing T20 World Cup in UAE and Oman. 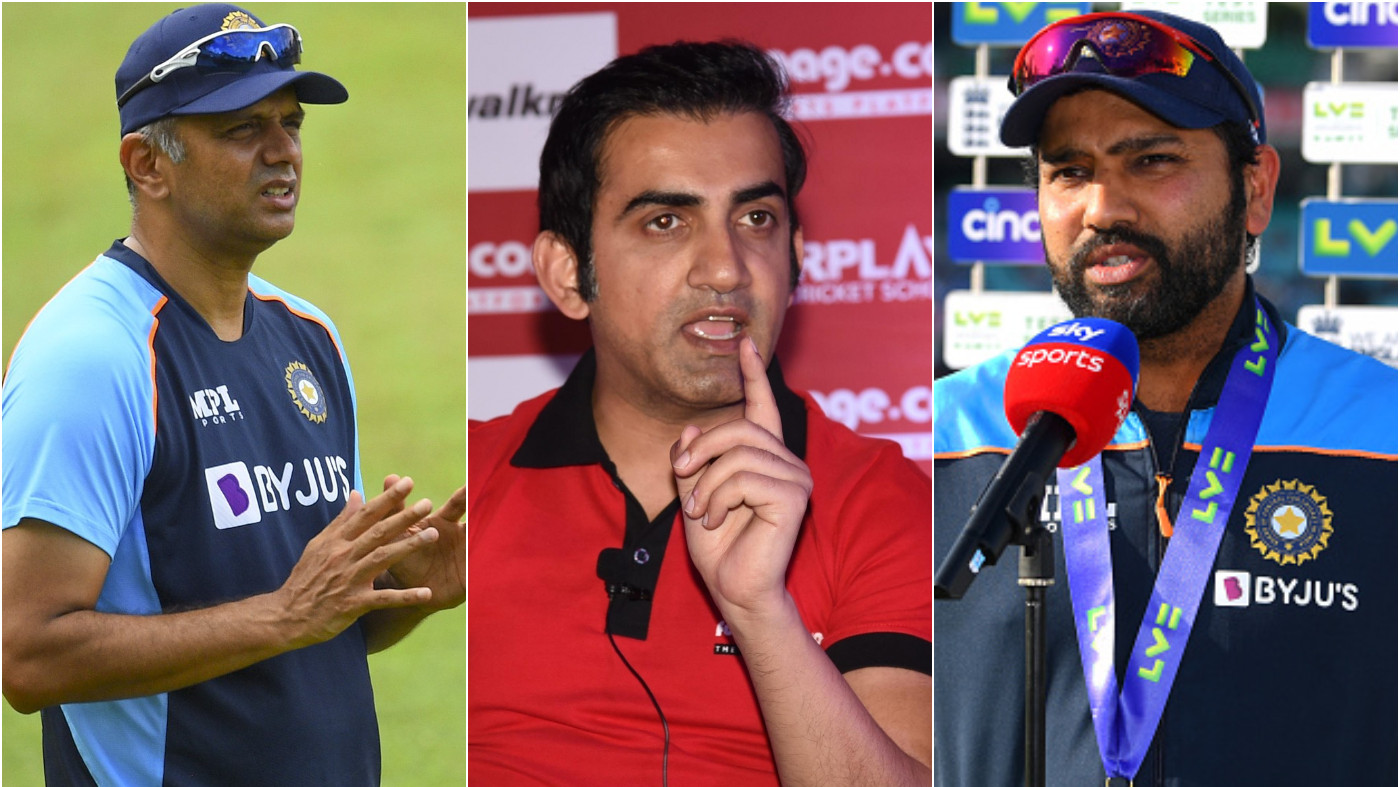 Gautam Gambhir opined that the Dravid-Rohit duo can take Indian cricket forward and win an ICC tournament. He also asked them to follow the template set by England. England has played ruthless and aggressive cricket since crashing out of the group stage in the 2015 World Cup in Australia.

“I hope Rohit Sharma and Rahul Dravid take Indian cricket forward in this format and win an ICC tournament very soon, following the template of England,” Gambhir was quoted as saying on Star Sports.

Earlier this month, Dravid was officially announced as the next Head Coach of the Indian team. His job will officially begin with the commencement of the New Zealand series post World Cup. New Zealand will tour India for a three-match T20I and 2 Test match series.

However, it is still not confirmed that Rohit will be the next Indian captain. But given that the next T20 World Cup is just a year away, there isn’t much time to groom the next captain. Rohit is already an established captain in white-ball cricket and has won numerous laurels for India and Mumbai Indians as captain in the past.

India’s hopes of making it to the semi-finals got crushed after New Zealand comprehensively beat Afghanistan to qualify. This is the first instance since the 2012 T20 World Cup in Sri Lanka that India has failed to qualify for the semi-finals. Since 2013, they have also failed to lift an ICC trophy.

They lost in the final of the 2014 World T20 and the 2017 Champions Trophy. India also made semi-final exits in the 2016 World T20 and the 2019 50-over World Cup. Like always, India entered the tournament as a favorite. All the players had played IPL in the same conditions and even performed well in the warm-up games. Current skipper Virat Kohli and head coach Ravi Shastri have come under a lot of fire for not being able to take India home.

Fans will certainly hope for better performance in the upcoming 2022 T20 World Cup in Australia. India has a good T20I record in Australia and has not lost a T20I series against the Aussies in Australia since 2016.

ALSO READ: Tarak Sinha, the childhood coach of Pant, Dhawan, and Nehra passes away at 71

Prateek Kumar
Previous article
Tarak Sinha, the childhood coach of Pant, Dhawan, and Nehra passes away at 71
Next article
WATCH: Sania Mirza cheers for Shoaib Malik as he scores the joint-fastest fifty in the ongoing T20 World Cup