Accept and move on: Gautam Gambhir opens up on India’s search of ‘next’ Kapil Dev

The former Indian opener Gautam Gambhir recently said that the search of a player similar to India’s World Cup-winning captain Kapil Dev is futile. Kapil Dev is considered as one of India’s greatest captains and it is next to impossible to find a complete all-rounder alike. Gautam Gambhir has said that if India cannot find the next fast bowling all-rounder like Kapil Dev, they should accept this fact and move on. 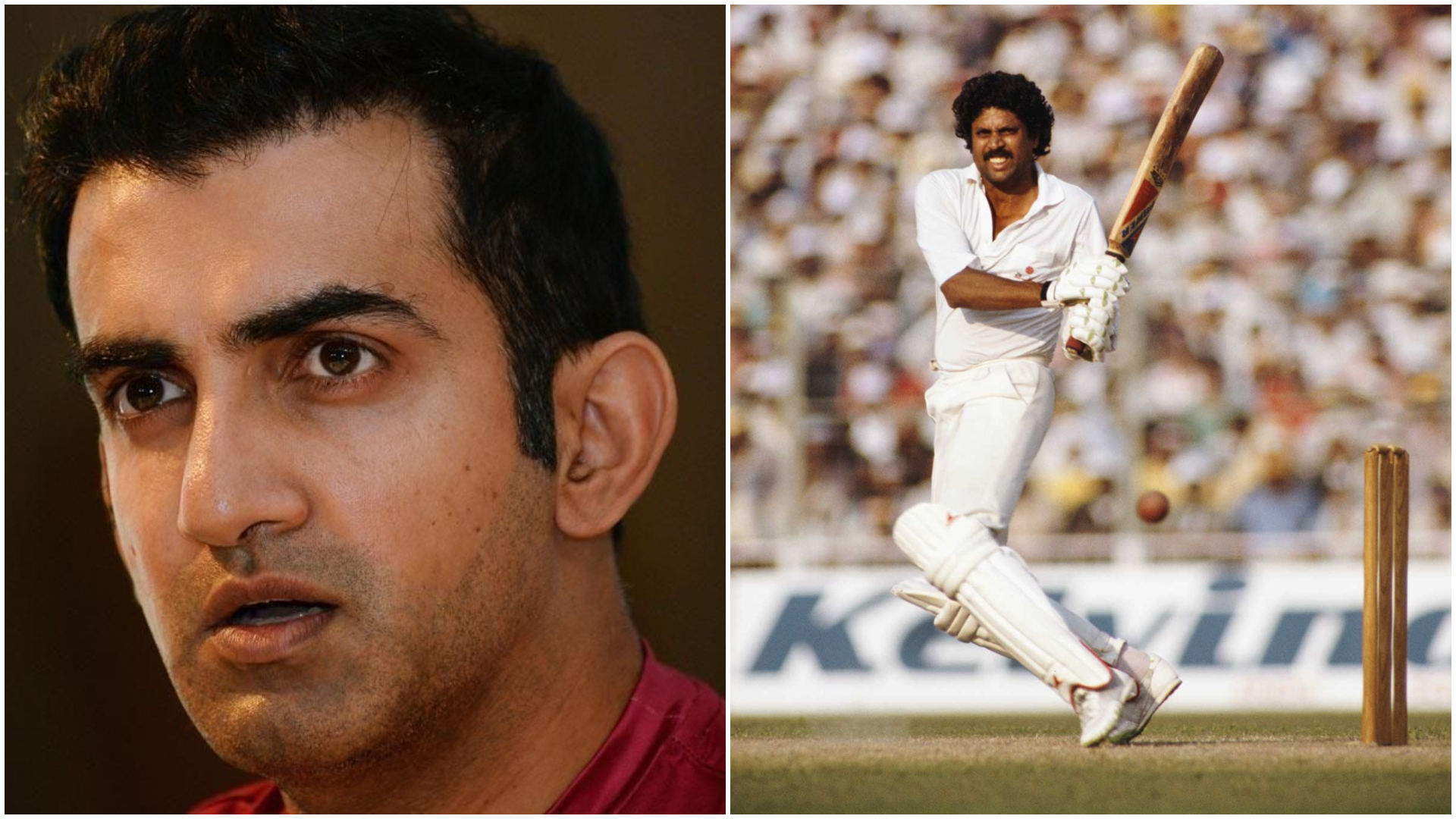 “If you don’t have something, don’t go for it. You have to accept and move on. Don’t try and create something which you can’t create, that is where the problem lies,” said Gautam Gambhir as quoted by India Today.

Gautam Gambhir also added that the cricketers should be groomed at the domestic level and not at the international level. The former Indian batter reckons that when a person is representing his country, he should be in a position to perform straightaway.

“I have always believed that international cricket is all about delivering and not grooming someone. Grooming happens in domestic and India A level. When you represent your country, you should be ready to go out there and perform straightaway,” added Gambhir.

Gambhir also stated that the cricketers should be developed at the Ranji Trophy level and added that it is important to stick with the players who are picked. The former Indian cricketer concluded by stating that India needs to move on from trying to find the next Kapil Dev.

“We keep talking about not having an all-rounder since Kapil Dev to be honest. So move on and try to develop people at the Ranji Trophy and once they get ready, get them in international cricket and stick with them. Don’t keep changing them quickly. We have seen that with so many guys like Vijay Shankar, Shivam Dube, and now Venkatesh Iyer. We need to move on,” concluded Gautam Gambhir.

It was recently announced that Gautam Gambhir has been appointed as the mentor of the Lucknow Super Giants franchise for the 2022 edition of the Indian Premier League (IPL).