The runners-up of the 2021 season, Kolkata Knight Riders have suffered a huge blow as two of their Australian stars Pat Cummins and Aaron Finch will not be available for their first five matches of IPL 2022. Aaron Finch, who would be captaining Australia in the shorter format series against Pakistan in Pakistan, and Pat Cummins will miss the start of the tournament due to international duties. 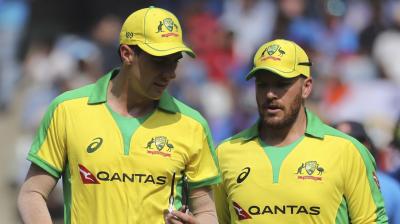 KKR mentor David Hussey revealed on Wednesday that the duo will be busy with their international commitments and hence will link up with the team midway through the season.

One-half of the Hussey brothers further claimed that the two-match winners will be match-fit and ready to turn out immediately once available. “I think Cummins and Finch will miss the first five games but they will be cricket fit and cricket ready. So, once they hit the ground running, both quality people and they will fit into the dressing room perfectly well,” said.

KKR bought back Cummins for Rs 7.25 crores in the mega auction and signed Aaron Finch as a replacement for Alex Hales who pulled out of the season citing bio-bubble concerns.

Critics have questioned for lacking a quality wicketkeeper. However, Hussey disagreed with this and said they have a couple of good options in Sheldon Jackson and Sam Billings.

“No, I think we bought well in the auction. We have Sheldon Jackson; he has dominated the Ranji Trophy and he is a good striker of the ball and he has been with the team for a few years now. We also have Sam Billings; he has played Test cricket for England and he has kept wickets for England in the shorter formats. We are pretty well versed in the wicketkeeping department and it is up to us as the support staff to get the best out of our players,” Hussey explained.

KKR will take on defending champions Chennai Super Kings in the season opener on Saturday in Mumbai.

• Aaron Finch and Pat Cummins are set to miss the start of the IPL due to international commitments.