England skipper Eoin Morgan has confirmed that his side will take a knee against the West Indies in the Group 1 Super 12 match of the T20 World Cup 2021 on October 23 at the Dubai International Cricket Stadium. Back in 2020, George Floyd’s demise at the hands of a policeman ignited the fire to the ‘Black Lives Matter’ movement. Since then, several current and former cricketers have been vocal about racism across several fields. Previously, West Indies toured England for a Test series as international cricket resumed in the COVID-19 pandemic and the players of both sides took a knee before the start of the Test matches.

Eoin Morgan opens up on the gesture 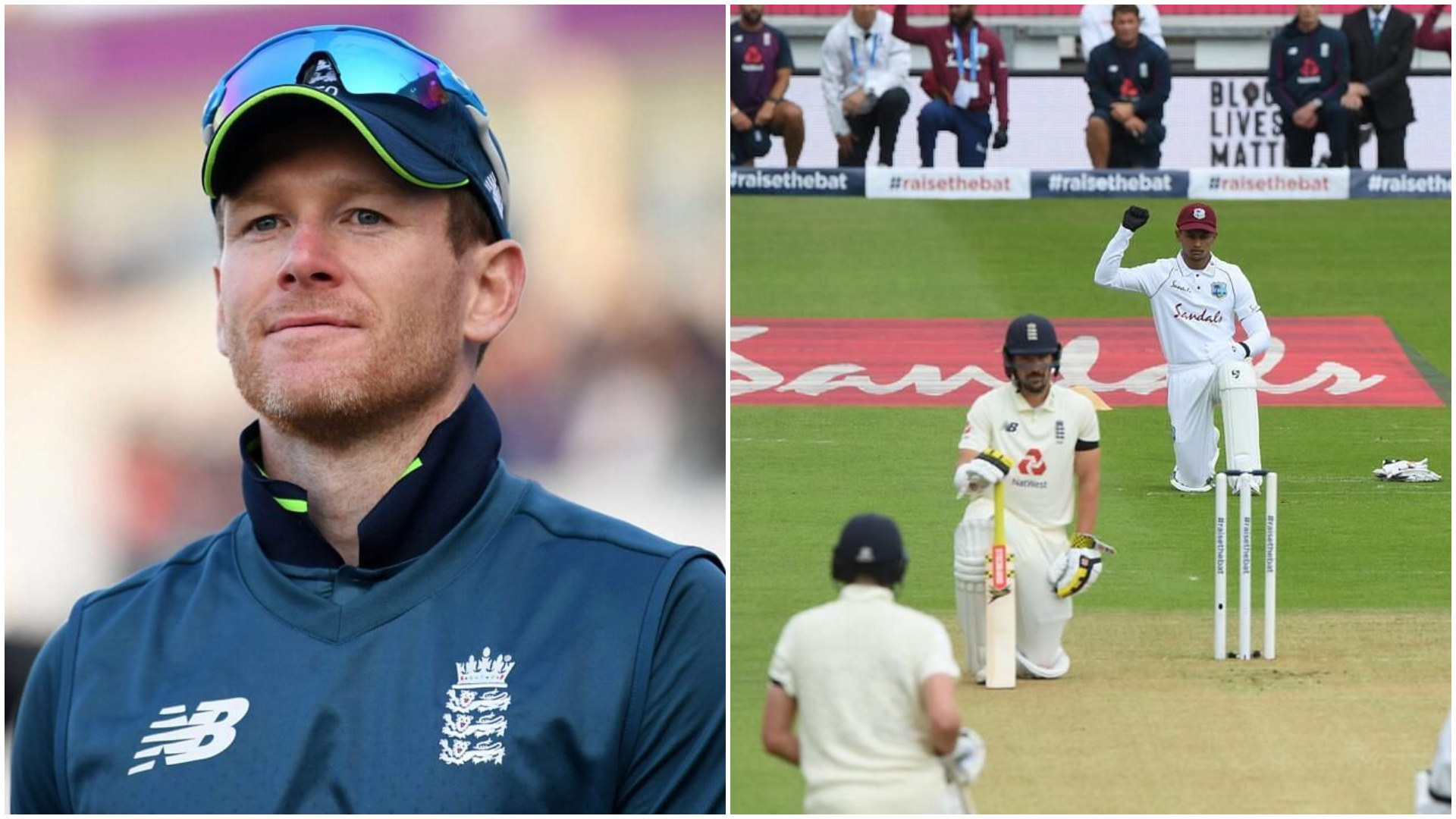 The Three Lions have followed the gesture during their limited-overs series against Ireland as well. As far as the World Cup is concerned, the Papua New Guinea players also took a knee prior to their game against Scotland on Tuesday, October 19 and now England will continue the trend.

“We have heard from the West Indies that they will be taking a knee and we will be joining them for the first game,”  Eoin Morgan was quoted as saying in a video conference on Tuesday, October 19.

Previously, England fast bowler Chris Jordan also spoke about taking a knee during their game against the Caribbean team.

“We’ll discuss it and if people feel strongly about, we’ll definitely do it. On the flipside, if we don’t, then we won’t,” Jordan said.

The former West Indies cricketer Michael Holding had also expressed his annoyance after the England players stopped taking a knee following their series against Ireland in 2020.

“Games going on from there, we’ve been speaking to the ICC about the potential moment of unity before the game that we’ve been doing as part of our own piece at home. It hasn’t been cleared up whether that’s a possibility yet. Now that the West Indies team has gone home, that doesn’t mean that you still shouldn’t be respecting the message and exactly what it stands for,” Holding had said.

The Indian cricket team has all the resources and the quality players in the world, but they have not managed to cross the finishing...
News