Home News England fan proposes to his Australian girlfriend during the Day 3 of... 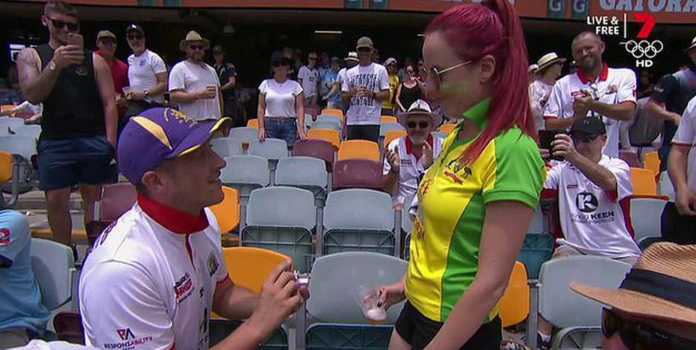 The 1st Test Match of the prestigious Ashes series between England and Australia is underway at The Gabba in Brisbane. It is often seen that the fans ask one of the important questions of their lives to their partners. This time around, one of the English fans had proposed to his Australian girlfriend in front of the whole crowd during the Day 3 of the ongoing match. 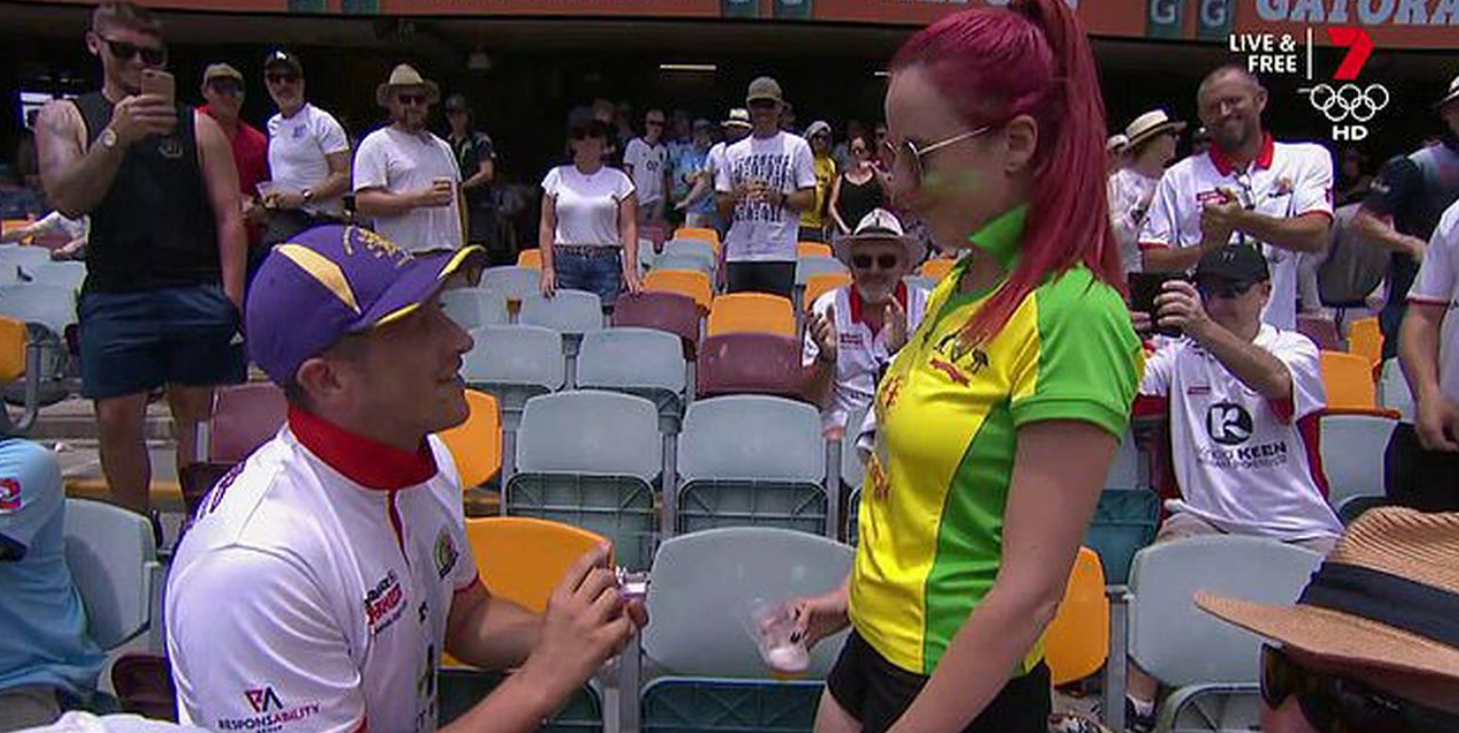 The Gabba crowd witnessed the special moment as an England fan proposed to his Australian girlfriend in the stands on day three of the first Ashes Test. It has been revealed that the English fan, Rob Hale had met Natalie during the Ashes back in 2017. “Massive shout out to Rob Hale, he met Natalie back in 2017 during last Ashes with Barmy Army,” tweeted the official handle of Barmy Army.

The day one of the game remained totally in favour of hosts as they piled up pressure on the visitors. They bundled The Three Lions at 147 runs only where the new skipper Pat Cummins wreaked havoc with his fifer. As day two came up, Australian batters brought their excellent performance. At the conclusion of Day 2, the Aussies have taken a great lead of 196 runs over the Brits. David Warner and Travis Head have been instrumental in dominating the game to amass a hefty amount of lead.

On Day 3 Travis Head emerged with a stellar 152 to put Australia in a commanding position after their first innings. England came to bat in order to revive themselves in the game. The Three Lions were 107-2 at the break with skipper Root on 26 and Malan 35, still 171 runs behind. They lost both openers in the session.

Rory Burns failed to add to his lunch score of 13 as he was dismissed for 13 by Cummins in the 9th over. While Haseeb Hameed was unluckily caught down the leg side for 27. But Root and Malan looked increasingly comfortable on the third day Gabba pitch as they took England to tea only two wickets down. At stumps on Day 3, England see themselves at 220-2 after 70 overs.