Hit-wicket dismissals are not often seen nowadays in international cricket. However, Sri Lanka’s Dhananjaya de Silva’s was recently dismissed by hit-wicket during the first session of the opening Test match against West Indies. Recently, India’s Harshal Patel also suffered the same fate during the third T20I against New Zealand in Kolkata on Sunday. 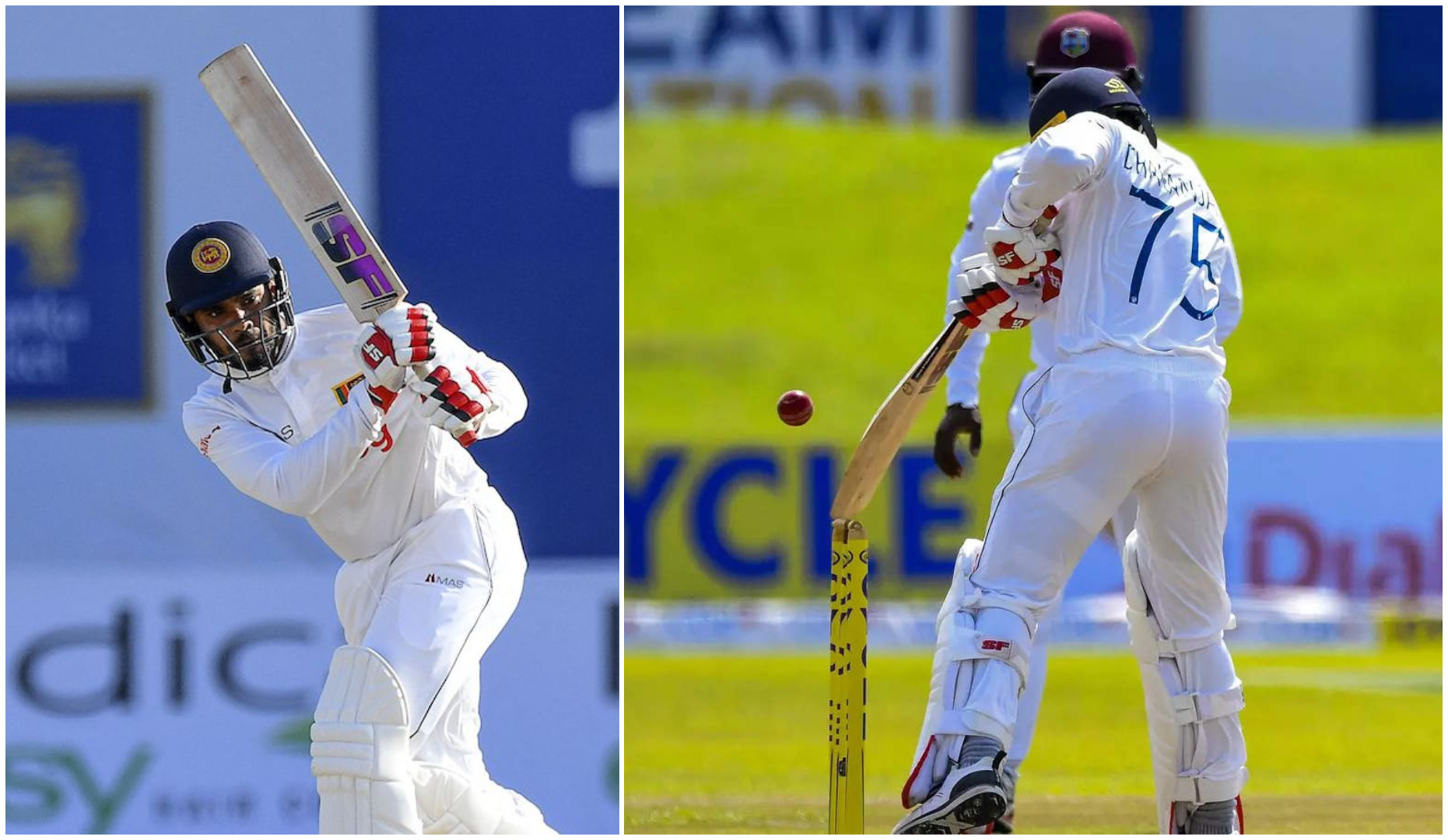 Sri Lanka concluded the opening day of the game strongly at 273/4 after Dimuth Karunaratne’s century and De Silva’s fifty, the unbeaten duo who aimed to tally more runs on the board on the second day.

However, the 95th over of the innings which Shannon Gabriel was bowling brought the much-needed success for West Indies on the second morning. The pace bowler delivered a harmless back of a length delivery outside off which the batter stood on the backfoot and defended.

But he did it with soft hands which led the ball to swing backwards and was landing on the stumps. Dhananjaya de Silva tried to change the direction of the ball with his bat but couldn’t do it in the first attempt. As it seemed, he ended up panicking and tried to do it again with the other side of the bat only to disrupt the leg-stump himself.

He was outraged with himself and saved his face with the bat. Dhananjaya de Silva undoubtedly was batting so beautifully in the middle and looked set for a big score only to end his promising knock in a bizarre fashion.

The middle-order batter of SL scored 61 runs off 95 deliveries with five fours to his name and most importantly, stitched a crucial partnership of 111 runs for the fourth wicket with his skipper Karunaratne. Dhananjaya came up with an offense that had given the momentum to his side and piled up pressure on West Indies, who were eying to bag quick wickets in the third session of the opening day.