In a bizarre turn of events, Devon Conway was wrongly given LBW in the ongoing game between Mumbai and Chennai. But to the misfortune of the talented left-hander, there was no DRS available and Conway had to walk back to the pavilion. CSK and MI are currently battling out at the Wankhede stadium in Mumbai in their second clash of the season. The never seen before the incident occurred in the very first over which was bowled by Daniel Sams. Conway, who was facing his first ball of the match was trapped on the pads courtesy of an inswinging ball.

The ball was clearly sliding down the leg but umpire Chirra Ravikanthreddy raised his finger. Players were informed that there was no DRS available to both the teams due to a power cute at the Wankhede Stadium. Hence, Conway had to accept the decision and walk back to the dressing room. 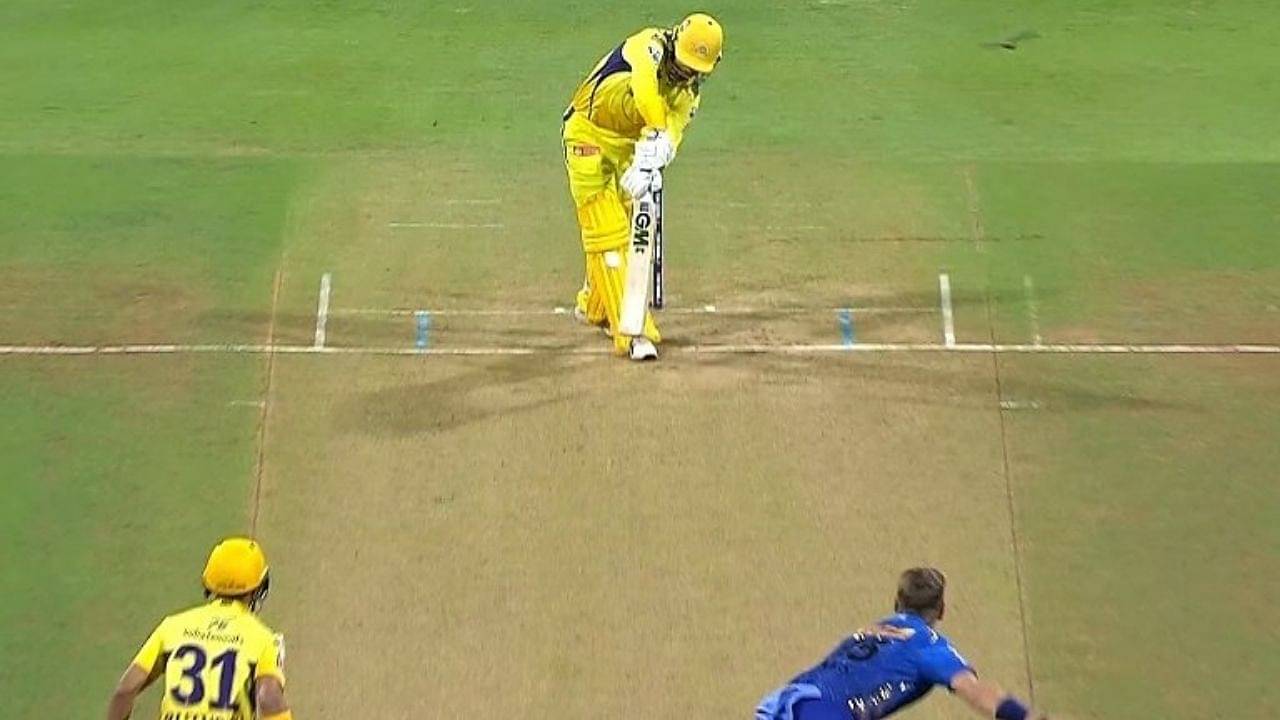 Chennai Super Kings (CSK) who are on thin ice in terms of the qualification scenario is off to a disastrous start. After losing Conway, Moeen Ali got out in the same over via a soft dismissal. In the next over, Bumrah removed Robin Uthappa with a peach of a delivery. Although Robin’s dismissal was a tight decision, there was no DRS available for him too.

CSK has lost in form Ruturaj Gaikwad in the powerplay as well courtesy of another soft dismissal. The opener edged a ball down the leg side from Daniel Sams in the 5th over. CSK has been pushed to the back foot and it will require a tremendous effort from skipper Dhoni and Ambati Rayudu who are currently in the middle.

• Conway gave out wrongly but no DRS was available due to a power cut.

• CSK reeling at 32 for 5 in the powerplay against Mumbai Indians.