The IPL 2022 was hit by unfortunate news when it was revealed that Delhi Capitals had a covid outbreak in its camp. On the 15th, their physio Patrick Farhat tested positive. Then as per various reports, there were at least 2-3 members more in the DC camp who tested positive for the virus. Delhi Capitals were set to face off against Punjab Kings in Pune on Wednesday. However, the IPL franchise canceled its trip as players were put under quarantine. 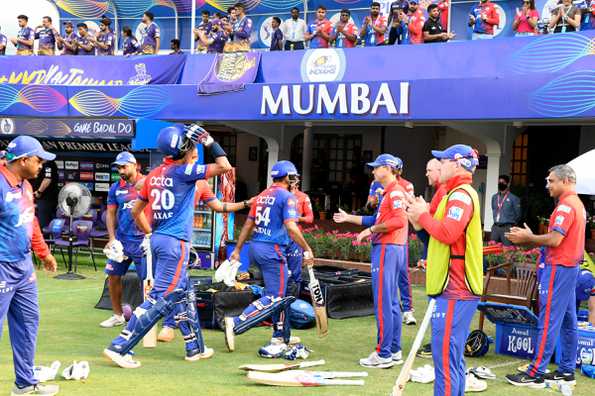 Now, IPL issued an advisory on its website that Delhi Capitals vs. Punjab Kings on April 20th has been shifted to Brabourne Stadium as DC will be unable to travel to Pune on such short notice.

The advisory stated, “Match No. 32 – Delhi Capital versus Punjab Kings has been shifted from MCA Stadium, Pune to Brabourne – CCI scheduled on April 20th, 2022, to avoid any further incident due to an undetected case during a long-distance bus journey in a closed environment.”

Also, Mitchell Marsh, who played his first IPL game for DC on 16th, also tested positive on the 18th of April.

The advisory revealed the COVID-positive cases are under isolation and medical observation. They will be tested on days 6 and 7 and subject to both the tests being negative they will be re-integrated into the Delhi Capitals bio-secured bubble.

• The game between Delhi and Punjab has been shifted to CCI Brabourne stadium on 20 April.

Prateek Kumar
Previous article
IPL 2022 – Match 31: LSG vs RCB Odds, Predictions and Analysis
Next article
WATCH: Virat Kohli gets out for a golden duck in the 1st over against LSG