WATCH: David Warner gives his gloves to a young fan after missing out on a ton

David Warner has performed exceptionally well after his IPL debacle with SRH this year. He was the Player of the Tournament in Australia’s world cup winning campaign in UAE. Then he started off the Ashes with a well-made 94 at the Gabba.

David Warner continued his good form in the pink ball test as he scored 95 crucial runs before missing out on a well-deserved century for the second consecutive time.

Warner was fuming after his dismissal. However, made a young fan’s day memorable as he gifted him the batting gloves on his way back to the changing room

A short clip shared by Cricket Australia’s official Twitter handle shows David Warner gifting his batting gloves to a young fan who was standing near the advertisement board over the ropes. The little gesture from Warner made the young fan’s day as Cricket Australia captioned it “Day = made!” That’s one lucky fan!

David Warner and Marnus push England on the backfoot 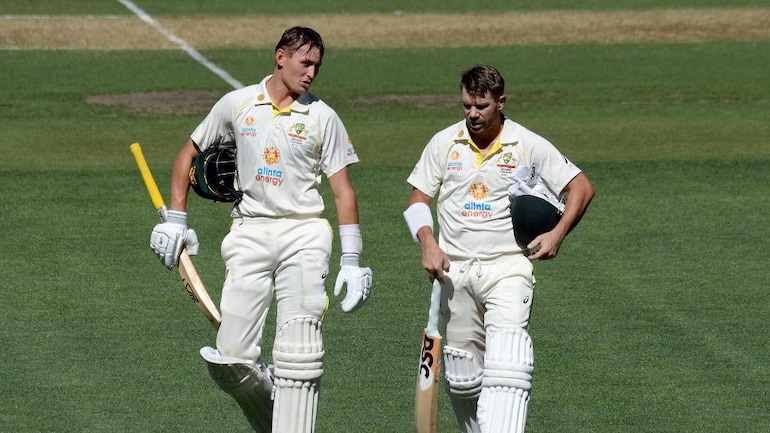 Marnus and Warner resurrected Australia’s innings that faced an early blow at just the score of 4 when Stuart Broad removed Marcus Harris in the eighth over. Warner then stitched 150+ runs partnership with Marnus Labuschagne and steadied the innings. Both batsmen showed composure and have put Australia in a strong position on day 1. They have provided a strong base with which Australia can easily dominate the test match.

Looking at his terrific form, David Warner is going to be one of the top picks in the upcoming IPL 2022 mega auctions. Warner is amongst one of the top run-scorer in the cash-rich tournament. The speculations are also rife that the destructive Australian opener is on the radar for the leadership roles in the two newly added franchises.

• David Warner and Marnus put Australia in a strong position.

• David Warner gifts his gloves to a young fan after getting dismissed for 95.