Kiwi fast bowling all-rounder, Colin de Grandhomme bid adieu to international cricket at the age of 36. De Grandhomme was originally born in Zimbabwe but went on to represent New Zealand cricket in 29 Tests, 45 ODIs and 41 T20Is. His last international assignment was against England at Lord’s in June 2022. 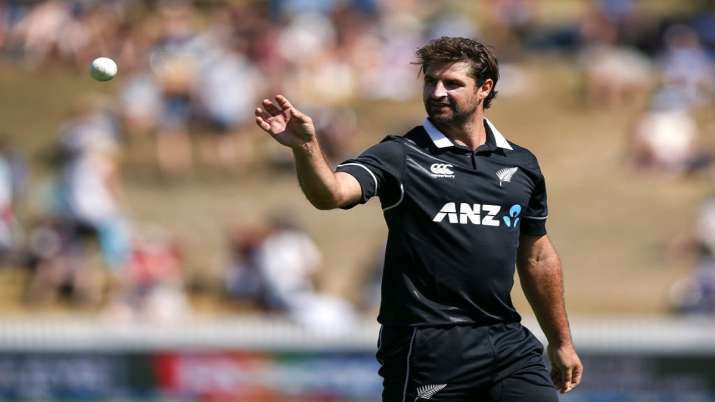 De Granhomme’s major achievements include playing an important part in New Zealand winning the ICC Test Championship in 2021. He bagged several contracts in IPL but could not replicate his big-hitting abilities much.

Grandhomme was more effective in Tests than in the limited overs format and his ability to bowl consistent lines and lengths proved to be a major strength. He also was the ideal foil at number seven where he could attack the bowlers with brute power. The right-hander scored 1432 runs in 29 Tests at an average of 38.70 and had two centuries and eight fifties to his name. He picked up 49 wickets including the best of 6 for 41.

I’m not getting any younger: Colin de Grandhomme on his retirement

De Grandhomme mentioned his age factor and the difficulties regarding injuries being a major part of his retirement decision. He also noted his family needs and felt that he was quite fortunate to have played for his country since his international debut in 2012.

“I accept I’m not getting any younger and that the training is getting harder, particularly with the injuries. I also have a growing family and am trying to understand what my future looks like post-cricket. All of this has been on my mind over the past few weeks,” Grandhomme was quoted as saying by ICC Cricket.com.

“I’ve been fortunate enough to have had the opportunity to play for the Black Caps since debuting in 2012 and I’m proud of my international career, but I feel this is the right time to finish,” he added.

• de Grandhomme cited his age factor as a reason for retirement.

Watch: KL Rahul toils hard in the nets after bagging a golden duck against Pakistan in the 1st game

Prateek Kumar
Previous article
Watch: KL Rahul toils hard in the nets after bagging a golden duck against Pakistan in the 1st game
Next article
Asia Cup 2022: Watch Virat Kohli bow down to Suryakumar Yadav after his exhilarating knock against Hong Kong