Melbourne Renegades’ spinner Cameron Boyce wrote his name in the history books in the Big Bash League(BBL), by becoming the first bowler to register a double hat-trick in the competition. Boyce went on to achieve the feat during Renegades’ match against Sydney Thunder on Wednesday at the Melbourne Cricket Ground. Cameron Boyce was able to scalp the wickets of Alex Hales, Jason Sangha, Alex Ross and Daniel Sams to record a first double hat-trick in BBL.

He further dismissed Hales in the last ball of his first over of the innings, and went on to remove the remaining batters in the first three deliveries of his second. 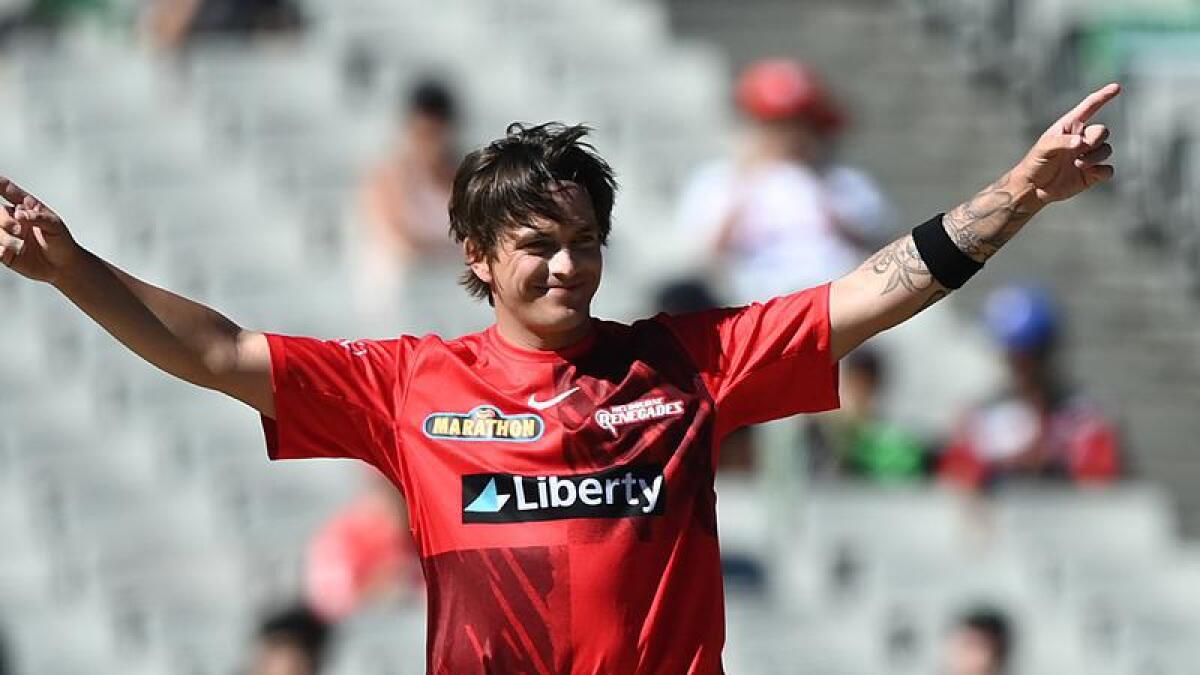 The duo of Hales and Khawaja gave Thunder a strong start in the game and they amassed 80 runs for the first wicket before Boyce provided the Renegades with the opening breakthrough. The England batter lofted the delivery from Boyce towards long off, handing an easy catch to Unmukt Chand at the position.

Sangha, then, was stumped out in the second over before both, Ross and Sams were dismissed leg before-wicket. Incidentally, Boyce also went on to take a five-wicket haul as he removed Thunder’s wicketkeeper-batter Matthew Gilkes on 2 in his next over.

You can check out the video clip of the moment below:

Melbourne Renegades are unfortunately out of the trophy contention as they relinquished a chance for a place in the final of the tournament. They are positioned at the bottom of the table with 16 points in 13 games. The side has won only three matches in the tournament so far. Thunder, meanwhile, are third.