As per recent reports, talk show host and journalist Boria Majumdar is set to face a two-year ban for intimidating and threatening wicket-keeper batsman Wriddihman Saha for an interview. The BCCI appointed panel of a three-member committee, comprising Rajeev Shukla, Vice President, BCCI, Arun Singh Dhumal, treasurer, BCCI, and Prabhtej Singh Bhatia took the decision after hearing from both the parties. Wriddihman Saha has disclosed some explosive details which are part of the report prepared by a three-member committee. Saha’s hearing took place on March 5 where he revealed the following claims.

This heavy-handed attitude was something that had irked the player in the past as well. However, the threatening language and tone used on February 13, 2022, had crossed limits and he had decided to make it public so that the world can know how certain journalists are treating cricketers and create a precedent so that young and inexperienced players are not treated poorly by journalists,” the report on findings read while quoting Saha.

Boria Majumdar presented his side of the story on 11th March. In its report, BCCI, while explaining the submission made by Majumdar on March 11, during the hearing, says he first made efforts to call the Whatsapp screenshots doctored and then submitted that “the player (Saha) and Majumdar have known each other and have been friends for the last 12 years. Majumdar had also accused Saha of trying to gain sympathy, saying he released the 7-10 days old tweet on the day after the Indian team for the Sri Lanka series was released in which the Player (Saha) was not selected. 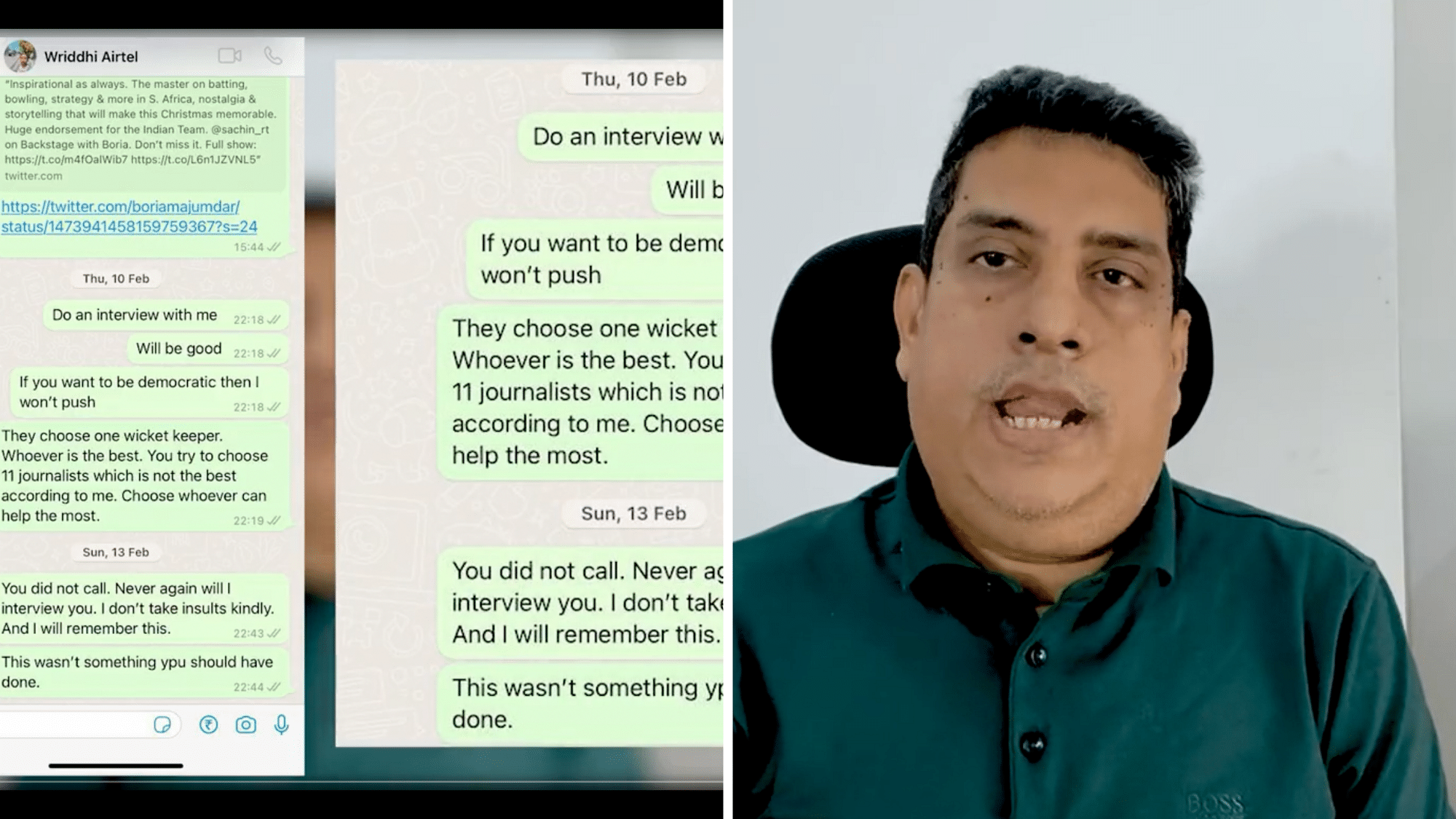 “With respect to the submission of Majumdar regarding the player doctoring the screenshot of the WhatsApp messages, the Committee has gone through the messages from both the Player and Majumdar. The committee finds that merely blurring the date of the messages does not amount to doctoring the screenshot in the instant matter. The subject matter of the inquiry does not turn on whether the date was blurred or not. The content did not change. The Player did not alter the wording in the messages whose screenshot was uploaded by the Player,” the findings say.

Other than banning Boria Majumdar for covering India’s bilateral series and cricket events, BCCI will also be writing to the ICC and will ask them to ban Boria from covering their events as well.

In its conclusive remarks, BCCI said no cricketer in India can be coerced to give an interview and there has to be free will in this process even if there are friendly relations between the journalist and player.