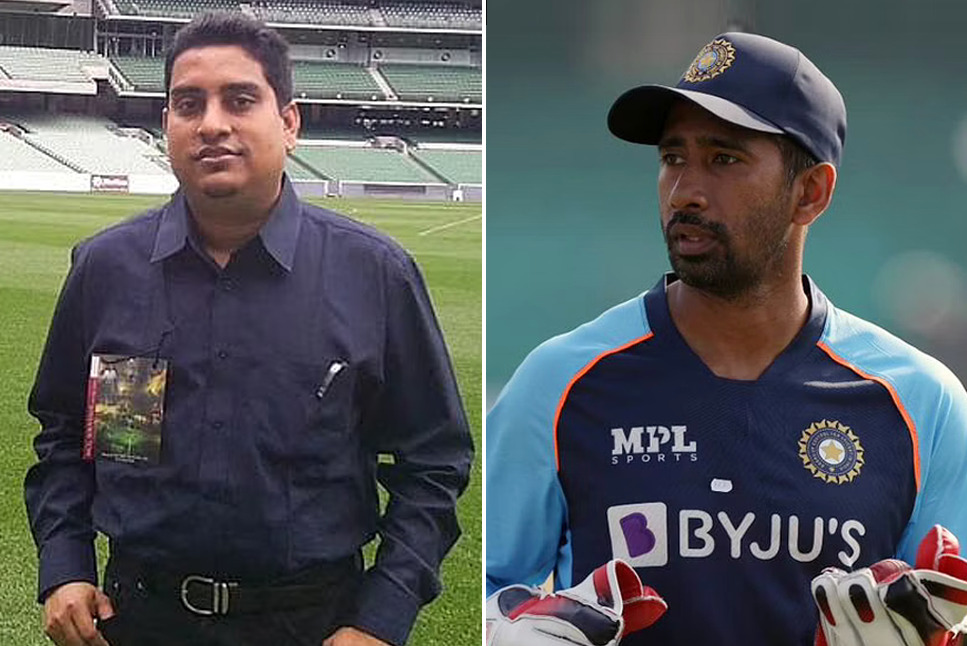 Ahead of the India Sri Lanka series, Saha was told that he won’t be considered for selection as Rishabh Pant had established himself as the number one keeper and the team wanted to groom a youngster along with Pant. After getting dropped, Saha went ahead to post the screenshots on Twitter.

The screenshot in question had the sender requesting Saha “to do an interview with me”, to which Saha did not respond. The messages eventually took a more aggressive tone: “You did not call. Never again will I interview you. I don’t take insults kindly. And I will remember this. This wasn’t something ypu should have done.”

Saha did not name the journalist who allegedly threatened him but said on Saturday that he’d told the BCCI the details of the incident.

“I have told the committee everything I know. I have shared all the details with them. I can’t tell you much right now. BCCI has asked me not to talk about the meeting outside as they will answer all your queries,” Saha told reporters after appearing before the board vice-president Rajeev Shukla, treasurer Arun Dhumal, and IPL governing council member Prabhtej Bhatia.

Boria Majumdar has come out in public and accepted that he is the journalist whose chat was posted by Saha. However, the so-called “respected” journalist claims that Saha doctored their WhatsApp chat before making that public.

Majumdar, in a video he put out on social media, said the WhatsApp chat that Saha had put out was a doctored version of an exchange between the two. Majumdar has said he will serve a legal notice for defamation on Wriddhiman Saha in connection with recent allegations made by the India wicketkeeper and narrated his side of the story in this saga.

There are always two sides to a story. @Wriddhipops has doctored, tampered screenshots of my WhatsApp chats which have damaged my reputation and credibility. I have requested the @BCCI for a fair hearing. My lawyers are serving @Wriddhipops a defamation notice. Let truth prevail. pic.twitter.com/XBsiFVpskl

• Boria Majumdar to serve a defamation notice to Wriddhiman Saha.

• Majumdar had threatened Saha on WhatsApp which was made public by the cricketer.