“Training time in Kanpur”: Blackcaps prepare for their toughest challenge

The New Zealand Cricket team also known as Blackcaps, have started their preparation for their toughest series yet. The Blackcaps will battle against India in a two-match test series which will commence in Kanpur from 25th November. New Zealand will play a test match in India after a gap of 5 years. 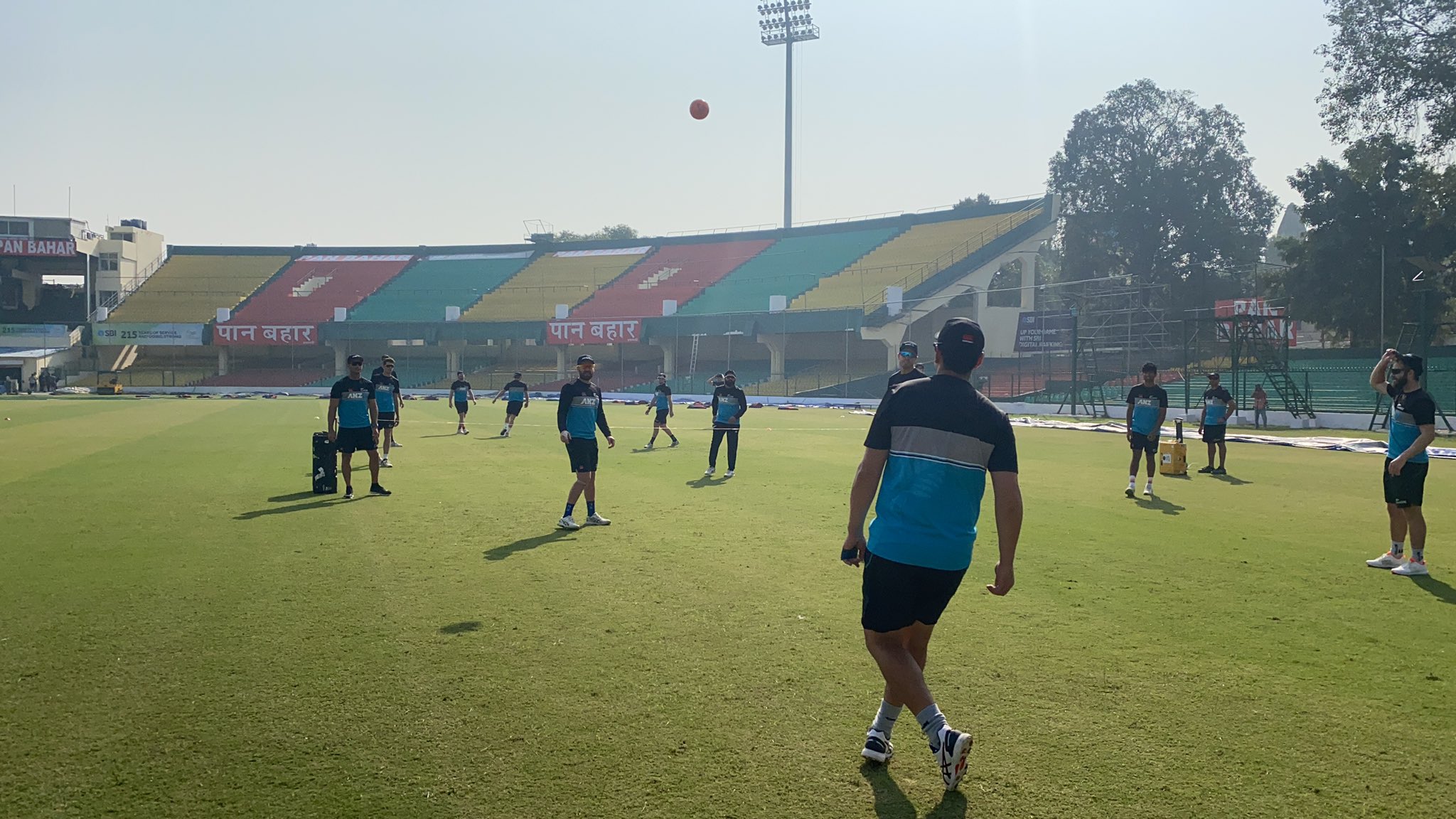 The last time the Blackcaps faced India in India, they received a hammering as India clinched the series 3-0. However, since then Kiwis have played some outstanding cricket, especially in Asia. They defeated Pakistan in UAE 2-1 in 2018 and drew the series against Sri Lanka 1-1 in 2019.

The Blackcaps also won the inaugural ICC World Test Championship in 2021 by beating India in the finals by 8 wickets at Southampton. They also comprehensively defeated India in the Test series played in their home conditions in 2020. India lost both matches in three days. However, beating India in India is a completely different challenge. India is considered invincible in Tests when they play on their home turf. India is yet to lose a test series at home since 2012.

New Zealand will have to rely on their spinners which hasn’t been their strength. The Kiwis have a quality pace attack which is considered the best in the World. They have a deep fast bowling arsenal with bowlers with different varieties. However, in India, fast bowlers do not have much role to play.

Also, the Blackcaps will miss the services of their most experienced batter and one of the best in the World, Kane Williamson. Williamson pulled out of the Indian tour as, like Kohli, he was also playing cricket non-stop. He captained the Sunrisers Hyderabad in the second half of the IPL, then led the Blackcaps to the final of the World Cup.

In his absence, Ross Taylor or Southee is the likely captaincy option available with New Zealand. Tom Latham, who captained the side in the tour of Bangladesh, is another viable option for New Zealand.

• New Zealand is likely to miss the services of Kane Williamson