WATCH: BCCI shares video of Indian players having fun at the team hotel

Virat Kohli once said that the Indian players are actually a bunch of pranksters. There are many instances to support this statement. Also, the Indian players are known to have fun on the field as well as off the field. Players like Yuzvendra Chahal and Shikhar Dhawan are known for their jolly nature and Shreyas Iyer is known for his magic tricks in the dressing room. 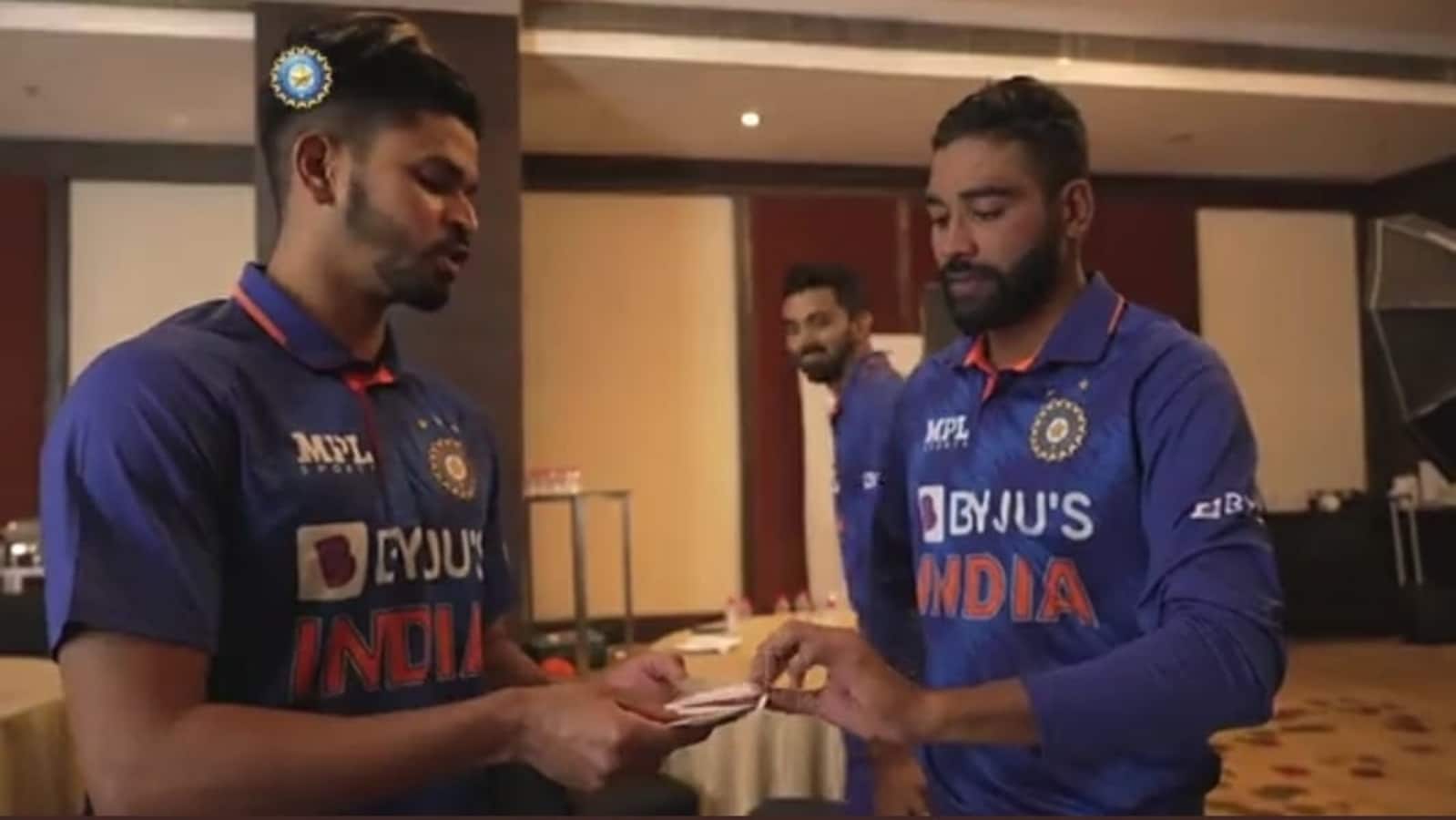 Recently, BCCI took to Twitter to show one of the special card tricks of the Indian team’s magician. BCCI posted a video of Shreyas Iyer showing a magic trick to Siraj and Ruturaj Gaikwad and also sharing some laughter moments. In the end, everyone is left shell-shocked by the trick.

“Weaving some magic with a deck of cards and blowing everyone’s minds. How’s this card trick from @Shreyaslyer15 that got @mdsirajofficial stunned!” BCCI tweeted. Not long ago, the Indian team was completely outplayed by the Kiwis that eliminating them from the tournament. On one hand, the toss did play an important role in the World Cup but the Indian team simply didn’t show any “daring” against the Blackcaps and Indian captain Kohli and coach Shastri agreed to this statement.

But once the Kiwis reached the shores of India, the game completely changed. India dominated the Blackcaps in the three-match T20I series and defeated them 3-0. New T20I captain Rohit Sharma and new head coach Rahul Dravid started their tenure with a bang. Rohit Sharma was also awarded the player of the series award for scoring the bulk of runs.

Now, from the shortest format, the focus will shift to the longest format. The two teams will square off in two-match Test series, beginning Thursday in Kanpur. The first test will be led by Ajinkya Rahane as Kohli is on an extended break. However, he will return in the second test which will be played in Mumbai.

• Shreyas Iyer leaves everyone shell shocked with his magic trick

Prateek Kumar
Previous article“Training time in Kanpur”: Blackcaps prepare for their toughest challenge
Next articleAakash Chopra feels that the Test series against New Zealand is very important for Ajinkya Rahane