It is always a hint of nostalgia to witness Sourav Ganguly playing on the field. The Board of Control for Cricket in India (BCCI) President, secretary Jay Shah and several other officials of the board competed in a festival match ahead of BCCI’s Annual General Meeting (AGM). Ganguly led BCCI President’s XI while Jay Shah led Secretary XI in the 15-overs-a-side match that took place at the Eden Gardens in Kolkata on Friday, December 3. The match was a thrilling contest but Sourav Ganguly’s side fell short of the target by a mere margin of 1 run. 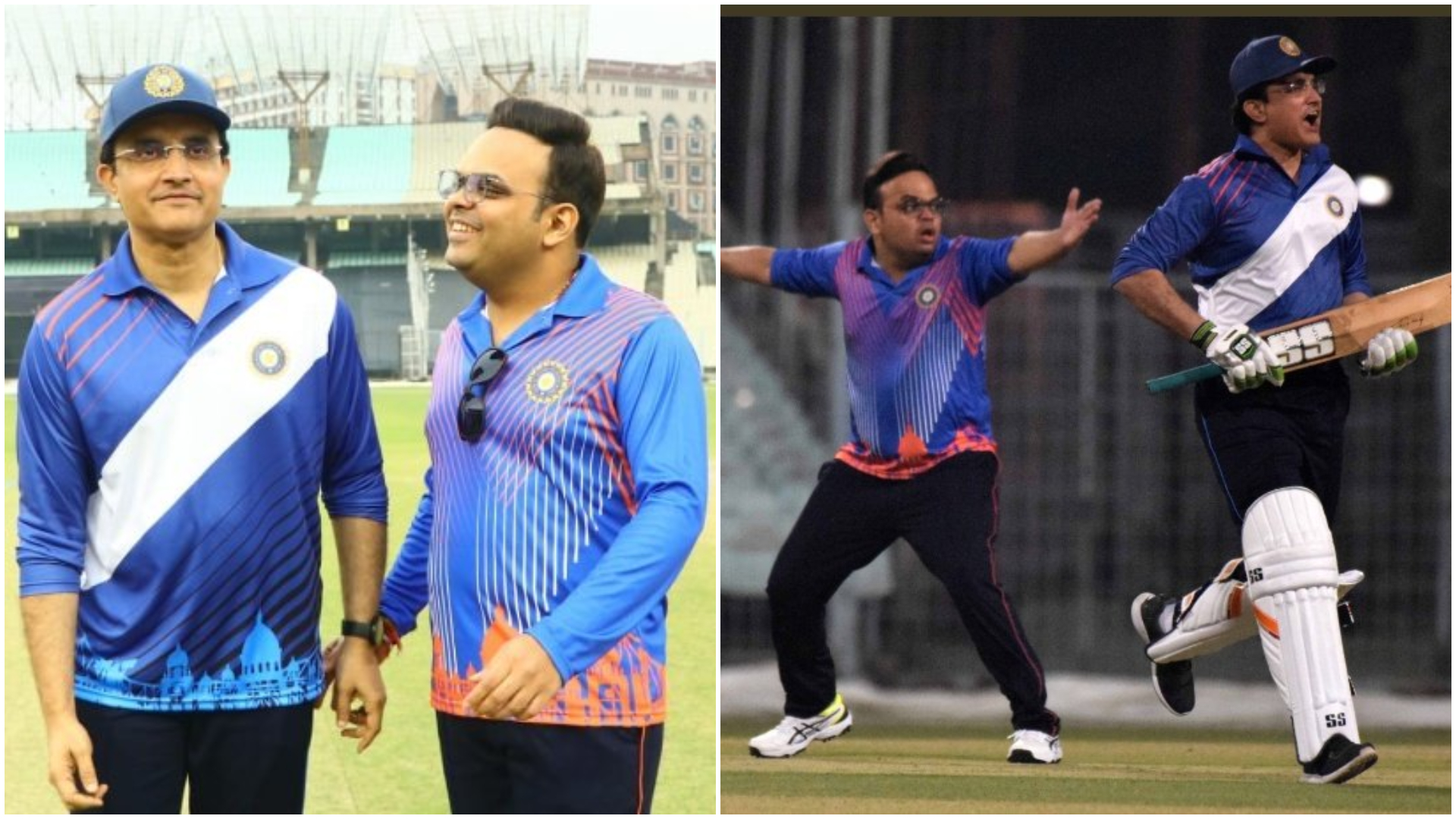 The President’s XI were considered the favourites for this fixture. However, Ganguly’s team narrowly lost the game by one run. Ganguly used to be opener for the majority of his career in white-ball cricket but this time around he played the role of finisher, coming out to bat at number six in the game.

The left-handed batter displayed some spectacular shots all over the park. He smashed two sixes and four boundaries on his way to a 20-ball 35. Notably, he had to retire — as per the rules of the match — and his team fell short by just a run.

While Ganguly enjoyed an impressive outing with the bat, his opposite number Jay Shah made the ball talk. The BCCI secretary took 3/58 in seven overs with his off-spin bowling. He played a major to guide Secretary XI to the victory as they defended 128 runs.

Notably, former Indian captain Mohammad Azharuddin, one of Eden’s favourites, was one of Shah’s three victims. He was trapped lbw for 2. Shah also dismissed Suraj Lotlikar of Goa Cricket Association. Cricket Association of Bengal President Avishek Dalmiya was the spinner’s third victim, who got out on 13.

Azharuddin and Ganguly also shared the new ball and bowled 10 overs between them. Ganguly returned with 1/19 from his 3 overs.