India picked up a massive series-clinching win by 372 runs against New Zealand at Wankhede Stadium. An epic image of Axar Patel, Ajaz Patel, Rachin Ravindra and Ravindra Jadeja standing in perfect sync went viral following the match. The picture was shot by India’s ace spinner Ravichandran Ashwin and later the official Twitter handle of BCCI had shared the picture. 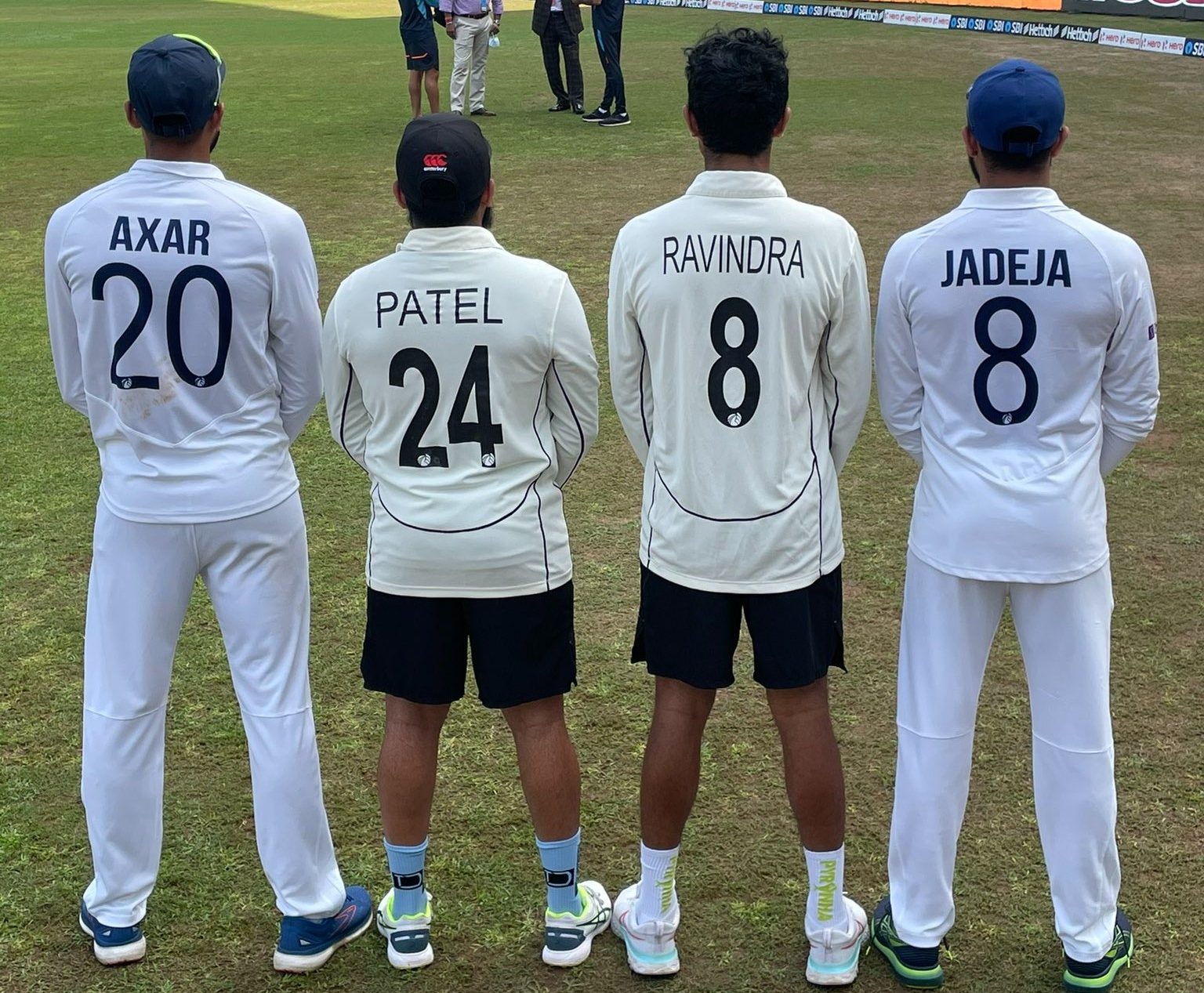 The camera captured the stars of the match from behind with their names on the individual jerseys and they synced to create ‘Axar Patel-Ravindra Jadeja’ shortly after the game got over.

How's that for a quartet! 🇮🇳 🇳🇿#INDvNZ #TeamIndia @Paytm pic.twitter.com/eKqDIIlx7m

All mentioned players had a memorable series. India’s left-arm spinner Axar Patel picked up a five-wicket haul in the first Test in Kanpur before a fighting last-wicket stand between Patel, and the debutant in that game, Ravindra saw New Zealand push out a hard-fought draw.

While all-rounder Ravindra Jadeja scored a half-century in the first innings and also tallied four wickets in the second, before missing the second match due to an injured forearm.

ALSO READ: Anil Kumble reveals how his life changed after picking a 10-for against Pakistan

Rachin Ravindra finished with decent figures of 3/56. Speaking about Ajaz Patel, the left-arm spinner from New Zealand scripted his name in the history books by becoming only the third bowler ever to claim all 10 wickets in an innings. Patel’s figures of 10/119 made his name enter to the club of Jim Laker and Anil Kumble as only the third bowler to do so. He demolished India’s batting lineup and bundled them at 325 in the first innings. NZ lost the match but Patel had a memorable outing.

He further took four more wickets in the second innings, making him the overseas bowler with the best figures in a Test match in India. His figures of 14/225 is also the best by a visiting spinner in India after Australia’s Steve O’Keefe 12/70 in Pune and Jason Krejza’s 12/358 in Nagpur.

Bishal Roy
Previous articleWATCH: Virat Kohli hands the Trophy to debutant Shreyas Iyer after the dominant victory against NZ
Next articleVirat Kohli reaches milestone; becomes a player with 50 international wins in each format of the game